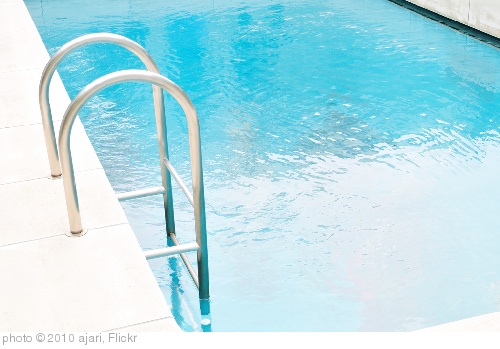 TransGriot Post:  You're going to get a two for one guest blogging holiday treat today. Two of my fave bloggers weighed in on this latest racism eruption in Cincinnati.   Here's Katrina Rose's commentary on the subject and Renee's for your reading pleasure

Ever since segregation became illegal, there have been some White folks willing to jump on any opportunity to bring it back. Of course, this never makes them racist, because they have some trumped up excuse to explain the need to exclude Blacks.


CINCINNATI (AP) — A landlord found to have discriminated against a black girl by posting a "White Only" sign at a swimming pool wants a state civil rights commission to reconsider its decision.

The Ohio Civil Rights Commission found on Sept. 29 that Jamie Hein, who's white, violated the Ohio Civil Rights Act by posting the sign at a pool at the duplex where the teenage girl was visiting her parents. The parents filed a discrimination charge with the commission and moved out of the duplex in the racially diverse city to "avoid subjecting their family to further humiliating treatment," the commission said in a release announcing its finding.

An investigation revealed that Hein in May posted on the gated entrance to the pool an iron sign that stated "Public Swimming Pool, White Only," the commission statement said.

Several witnesses confirmed that the sign was posted, and the landlord indicated that she posted it because the girl used in her hair chemicals that would make the pool "cloudy," according to the commission.  (source)

Don't we live in a wonderful post racial world?  I love how people keep trying to claim that things are getting so much better, and yet we have incidents like this continually cropping up. It was just a scant few weeks ago that Hermain Cain Uncle Ruckus, was lecturing Black folks about our failures, and declaring racism a thing of the past, as the GOP clapped happily.  Apparently, Whiteness does not mean to be racist, but they somehow keep coming up with reasons to exclude or oppress us at will. 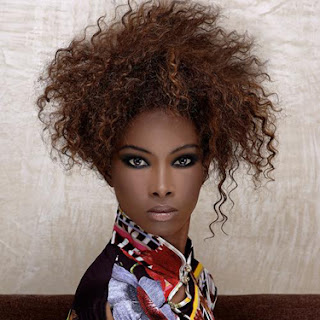 When I write about Black hair, the usual pain in the asses show up to tell me that my complaints are a figment of my over active imagination, and yet Black hair continues to be a site of oppression for Black women.  I must admit that this is the first time I have seen hair used as an excuse to deny us access to a pool; however, Black hair has been known to lead to problems in employment, as well create the belief in White people that we exist to be petted.  Black hair is continually politicized and created as problematic.  It is simply another tactic of Whiteness to other us.

No matter what the White person looks like, no racially specific characteristics are considered problematic. Whiteness is perceived of as the only acceptable norm in existence. Straight hair is prized and promoted at every turn.  Even things like supposedly innocuous shampoo commercials often feature White women tossing their long straight locks around like it's a gift from heaven.  Whiteness continues to be the standard by which all others are judged, and any failure to comply is quickly subjected to discipline.

What bothers me the most about this is the fact that even those who choose to chemically treat their hair, often end up using very natural products to dress their hair, because Black hair is extremely fragile and breaks easily, for example, if for some reason I use gel, I use aloe vera gel, the very same gel that is used to treat burns. Products designed for Black hair, unless someone is still stuck in the soul glow days (shut up, I know I am aging myself), are specifically designed not to be harsh, but then that landlord would know this, had she bothered to learn the first damn thing about her Black tenants.

I am sure in her mind what she did was not racist, and only had to do with protecting her property, but it still amounts to setting up two different standards and purposefully excluding Blacks from public spaces.  These kinds of attacks dehumanize, and I can completely sympathize and empathize with the young girls parents.  One of the hardest things I deal with as a parent of colour is accepting that no matter how much I love and desire to protect my children, I cannot stop the hatred and bigotry that they will face at the hands of Whiteness.  I don't have the words to describe to you what it feels like to know that your are helpless in the face of this massive systemic force, or the pain that is experienced when you look into the eyes of your child, as you try to explain that to many they are considered less than human.

The stress from dealing with the ongoing onslaught of Whiteness is one of the reasons that Blacks die at a younger age.  Despite all of the consequences that come with racism, Whiteness still fails to take responsibility for its past, and present actions, and instead we are offered meaningless platitudes, and criticized for speaking of racism in systemic ways. One need not hang a sign to say no Blacks allowed to benefit from the action, and this is why Whiteness is culpable as a group.