Rihanna Goes Off On Euro Racism 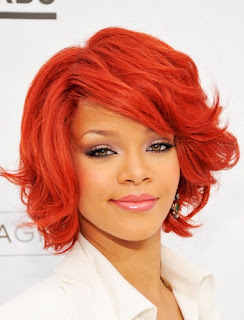 I love Rihanna, and I was not a happy camper to hear about her having to deal with two racist incidents on the European continent within mere days of each other.

She's there for the European leg of her 'Loud' tour, and while at a hotel in Portugal before her December 18 concert date in Lisbon was incensed when a guest went on a racist rant about Black women he aimed at her.

RiRi called his bigoted behind out before getting the manager involved and reported on her Twitter feed:


"I just met the most racist **** EVER!!! This man said the craziest shit abt black women called us dogs, sluts, we don't look like s**t, we don't belong in the same hotels ... needless to say, theÂ #NIGGAÂ in me came out! Bajan accent and all! Lol! Turns out the hotel manager's black.


"Oh and he had the NERVE to diss black people in his Tighty whitey's!!!! SMH...and tbh a lil black wouldn't hurt him (sic)"

Then while she was still fuming about what happened in Portugal a caca storm blew up about an article written about her signature style in the Dutch fashion magazine Jackie.  It referred to her as a 'n***ab**ch" in the headline and RiRi had to put now former editor of that magazine Eva Hoeke in check as well

"@evajackie I hope u can read english, because your magazine is a poor representation of the evolution of human rights! I find you disrespectful, and rather desperate!! You ran out of legit, civilized information to print! There are 1000's of Dutch girls who would love to be recognized for their contributions to your country, you could have given them an article.  "Instead, u paid to print one degrading an entire race! That's your contribution to this world! To encourage segregation, to mislead the future leaders to act in the past! You put two words together, with the intent of abasement, that made no sense...'N---A BITCH'?!"

After a weak azz apology in which Hoeke tried to claim it was a misunderstood joke (where have we heard that bull feces before?)  she resigned as editor of Jackie magazine.