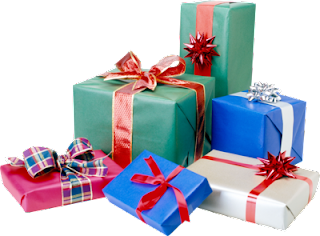 Last year I wrote a post entitled What I'd Like To Give The Black Trans Community For Christmas in which I focused on what I'd like to give my chocolate transpeople in the States if I had the kind of power to do so.

While I touched on the Diaspora briefly on some of the points in my initial post, this Christmas season I pondered the question on what I would do for the transpeople of the African Diaspora if I had that kind of power and the ability to grant such a gift.

*As with my people in the States, first and foremost,.a permanent end to the shame and guilt issues with the gift of pride.   Pride in ourselves, pride in each other, pride in our worldwide African descended community.

*A community that interacts with each other, has resources and institutions, thoughtful leaders and connections with its trans cousins across the African diaspora in Canada, the United States, Great Britain, Latin America, the Caribbean and Africa and realizes we are bonded through that shared African descent and our trans status.

*Recognition of who our trans heroes and sheroes are and never allowing those people to fade from our collective memories.

*Muscular Afrocentric trans organizations in our various nations that will fight for our issues and our national  communities while maintaining strategic and cultural  links with others across the Diaspora.

*An end to people directing near genocidal levels of anti-trans violence against us.

*A quality education so my transpeople can get good jobs at livable wages.

*An end to school bullying so my young transpeople can get that quality education.
.
*An end to faith-based ignorance, discrimination and trans hatred across the Diaspora..

*African Diaspora transpeople elected to political office at all levels of government in their various nations.

*An end to religious leaders of all faiths pushing hatred of transpeople to get attention, pimp a personal agenda or push political power grabs.

*African descended transpeople across the Diaspora being recognized for the men and women we are with our human rights in our various nations respected and protected.

*The non-African world recognizing that my African Diaspora transsisters are beautiful as well.

*Allies inside and outside the community and in our various nations that will go to the mat and then some to fight for our human rights under the Yogyakarta Principles and the UN Universal Declaration of Human Rights and aren't afraid or intimidated about doing so.


*An end to police harassment and disrespecting of African descended transpeople across the Diaspora.

*Seeing representatives of their African descended trans community in their various nations holding major leadership positions, being spokespersons for it in mainstream media, and our issues and concerns being reflected in the overall international community trans political agenda.

*A documented history we can point to.with pride.   As Nelson Mandela said about it,"The purpose of studying history is not to deride human action, not to weep over it or to hate it, but to understand it-and then to learn from it as we contemplate our future."

*Finally, love.   Love for ourselves. Love for our transbrothers  Love foe our transsisters  Love of our international African descended trans community  Love and acceptance from our families, each other and our African family across the Diaspora.