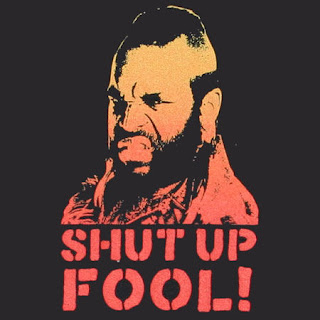 This was the person who won the inaugural Shut Up Fool! Of The Year Award in 2009, and here's the winner of the 2010 edition.   Who will join them this year?   Or will I issue my first ever Shut Up Fool! of the year to a group? 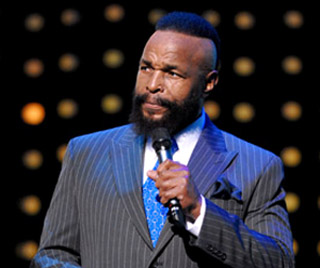 These were the deserving nominees for the 2011 TransGriot Shut Up Fool! of the Year Award.  Megathanks for your help with the nominations TransGriot readers.  These folks will also go into consideration for the 2012 Shut Up Fool! Lifetime Achievement Award which will be revealed on Oscars weekend.

I know you peeps are anxious on both sides of the International Date Line to find out who won, so let's get this started shall we?

Time to cut the jibber-jabber and announce our winner (Moni cracks knuckles and opens envelope). 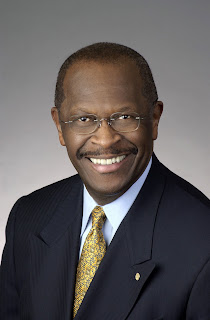 The 2011 Shut Up Fool of the Year is Herman Cain

Cain richly deserved this award after cooning it up during his run for the GOP nomination.   While doing a speech in which he excoriated people to reread the Constitution, he mistakenly claimed that the phrase 'life, liberty and the pursuit of happiness' was in it.

He claimed Black people were 'brainwashed' against conservatives, told the OWS protestors to 'blame themselves' if they didn't have a job and weren't successful, and said he wouldn't have a Muslim in his cabinet.

After he surged to the lead of the GOP presidential contenders and news surfaced he been accused of sexual harassment, said it was 'a lie and dirty politics' as the number of women making the same claims rose and knowledge of a 13 year affair with Ginger White became public. .

He also displayed his grasp of issues during a bungled interview he didn't need to know who the president of Ubi-Becky-bekistan is (FYI the president of Uzbekistan is Islam Karimov), said in an interview with Barbara Walters not long after he suspended his cratering campaign he wants to be considered for Secretary of Defense, a cabinet position in which having a grasp of geography, world history and the current politics in various nations is essential.

For doing his best Uncle Ruckus impersonation while running for the GOP nomination for president, Herman Cain gets the 2011 Shut Up Fool! of the Year Award.

Congratulation Herman, and Shut Up Fool!