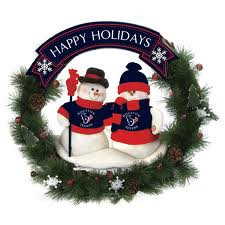 Christmas Day is fast approaching and so is the end of the NFL regular season.   For the first time in Houston Texans club history they will be playing a game beyond the last week of the regular season.  They'll also be trying to redeem themselves after dropping that game at Reliant to the Carolina Panthers.

And they won't be the only one trying to redeem themselves after I had a horrid 8-8 Week 15 record after all the games were played.

Granted, some of them were straight up shockers like the Chiefs beating the Packers and Indianapolis finally getting their first win.

Other were more of the head scratching variety.

My fave NFL squad will be trying to make some more Texan football history in an already special season by not only winning their 11th game, but by attempting to beat the Indianapolis Colts in Indianapolis for the first time in team history.   There will be an NFL Network TV national audience and anxious people in Houston trying to watch them do so as well. 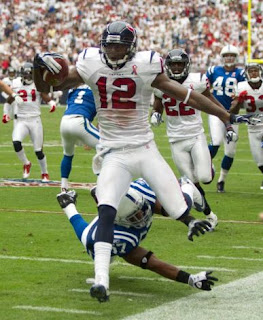 And yeah, I was happy to see the Colts get their first win of the season against the Tennessee Titans Traitors but now they are the Texans opponent.   The Texans have a shot at going unbeaten for the first time in club history in AFC South Sivision play if they win today and against the Traitors in Reliant Stadium next week.

Upset Sunday was ugly to me last week and with only two weeks left in the regular season probably not going to catch Mr. Watts unless he collapses like his fave football team does.  By the way, his Week 16 picks are here.


And as you noticed, most of the NFL schedule will be played on Saturday

So y'all know how I roll on this.   Team I'm picking to win will be to the left, home team in bold print