Well, At Least They Kept The Colors 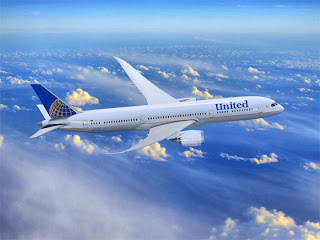 As some of you TransGriot readers know, I spent 14 years in the airline industry working for Continental Airlines at IAH.

So when the announcement was made yesterday that United Airlines and Continental had reached agreement on a merger deal, even though I was hearing the chatter about the deal last weekend.there was a little bit of sadness in it for me.

My late grandfather worked for CAL for 35 years, and I was a second generation employee that came in during the 1987 merger with CAL, Texas International, People's Express and Frontier under Frank Lorenzo.

I was there when the airline literally went from worst to award winning first, dealing with a bankruptcy along the way and other soap opera-novel worthy drama.

But we always had (and still do) have some great people at IAH and other places around the CAL system who loved the 'Proud Bird With The Golden Tail' and busted their butts to provide quality service regardless of the circumstances.

Some have retired, some have left us, some have transferred to other places, but I've been getting reconnected lately with many of my CAL coworkers through Facebook.

So now that the deal is done and pending regulatory approval would create the worlds largest airline, what's next short of the Continental name will disappear like Pan Am, TWA, Ozark and all the other airlines formed during the air travel golden age? 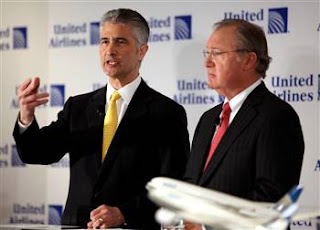 The merged company will have CAL's Jeff Smisek as its CEO, but the corporate HQ of the merged carrier will be in Chicago.

That means some of my friends at the downtown HQ may be moving to Chitown. IAH will have hub status, but where Cleveland will fit is going to be the interesting question.

CAL has a predominately Boeing fleet, while UA has an Airbus dominated one.

We'll see how this plays out over the rest of the year, but after 76 years, the Continental Airlines name will no longer grace the side of an airplane.
Posted by Monica Roberts at 5:00 PM