Seems like I just posted about Ashley Santiago being killed in her home a month ago.

Now comes word that Puerto Rican police are investigating another murder involving a transwoman who was reported as last being seen alive on May 20.

38 year old Angie González Oquendo, was found strangled to death with an electrical cord in her Caguas, PR home on May 24. 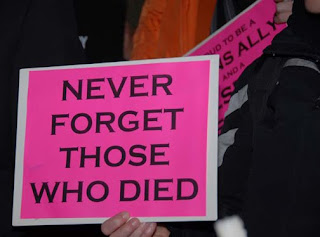 Police discovered González’s body after reports from neighbors about a foul odor coming from her home. Investigators told Nuevo Día they continue to treat the case as either a hate crime or a case of domestic violence.

"At the very least, I suspect that a crime could have been committed by prejudice against the victim’s sexual orientation or gender identity," he said. "The authorities have an obligation under the law to investigate this hate angle." 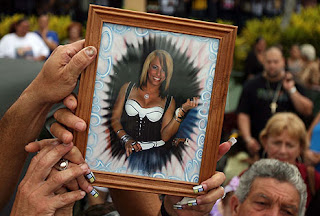 Speaking of Ashley Santiago, according to Primero Hora her alleged killer Antonio Márquez recently turned himself in to authorities and confessed to her murder.

At any rate, the way transpeople are being killed this year, looks like we are going to be reading a long list of Latina, African-American and other POC names when it's time for our TDOR 2010 remembrances in November.
Posted by Monica Roberts at 5:30 PM