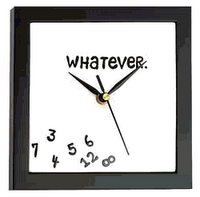 As you loyal TransGriot readers are now aware, I'm back online and chomping at the bit to write. I spent the time offline working on some of my fiction stories, novels, and fine tuning my Power Point presentations after getting the computer unpacked and set up in my new Houston digs.

You know I was keeping up with the news, so of course I'm going to let this week's deserving fool have it in this special Saturday edition of the Shut Up Fool! Awards.

The usual cast of no characters were up for our distinguished award, and you know who they are. All together now; Palin, Beck, nope Limbaugh's retired.

But this week's winner is Sen. James Imhofe (R-OK) 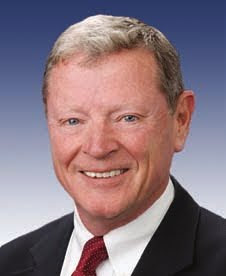 Imhofe is opposing the repeal of DADT because in his not so humble opinion, straight soldiers will act as bigoted as he is if they have to serve alongside 'the gays'.

“And you know — you hear the stories all the time. A military guy — I happen to be Army, and Army and Marines always feel that when we’re out there, we’re not doing it for the flag or the country; we’re doing it for the guy in the next foxhole. And that would dramatically change that.”

Hmm, seems like we heard that broken record before. The same dire predictions were made about an integrated US military back in the day by peeps who looked like the senator then.

Wonder how well that turned out after President Truman signed the executive order to desegregate the military?