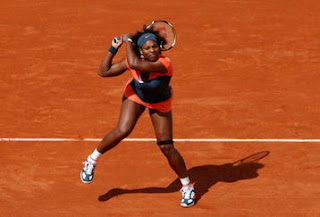 New year at Stade Roland Garros, same old question as to whether the Williams sisters will break their string of bad luck at this tournament and win it.

It's time for the 2010 French Open, the tennis world's second major tournament. It starts today and runs through June 8.

My favorite tennis playing siblings, unlike their dominance at 'Williams'-don, have combined to win this Grand Slam event only once, with Serena knocking off Venus to take the 2002 French Open title.

In doubles their title drought is even longer, with their only title on the red clay coming in 1999. 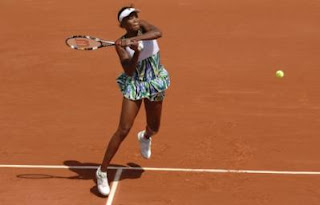 To make their singles quest a little tougher, unretired three time champ Justine Henin is back and holds a 21 match win streak here. She is also in Serena's half of the bracket.

So will Serena finally break through, win the French Open and position herself to capture a Grand Slam? Will Big Sis win her first French Open singles title?

Or will the Williams sisters buzzard's luck in Paris continue?

Good luck ladies!
Posted by Monica Roberts at 12:01 AM