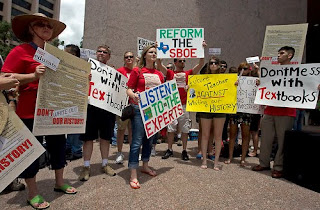 There are probably those of you who read this blog and wonder or even possibly get sick of me railing about voting.

I will consistently say it until I'm placed six feet below my beloved Texas soil that it matters that you vote in every election cycle.

It is never a option for a minority group to sit out an election. You must pay attention to every race on the ballot as well, not just the big congressional, state legislative, city and presidential races.

This week's disgusting shenanigans in Austin are a prime example why I continue to rant about how important elections are.

The Texas State Board of Education had a contentious meeting in our state capital of Austin concerning the once a decade overhaul of the Texas public school social studies curriculum standards.

The hearing rooms were not only been packed with parents and educators who don't want conservadoctrine shoved down their kids throats, the protests outside the building have been just as lively. It also brought the leaders of the NAACP and LULAC to speak before the board as well.

While I have one of my high school classmates representing us on the SBOE in Lawrence Allen, Jr., unfortunately he, Mavis Knight of Dallas, Mary Helen Berlanga, Rene Nunez, and Rick Agosto are outgunned by a 10-5 all white Republican majority. 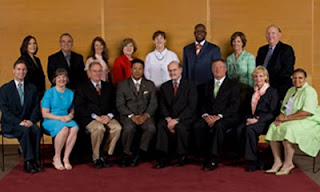 To make it even more unfortunate, five of the Republicans have a far right wing agenda that has nothing to do with promoting the education of 4.7 million Texas schoolchildren, but everything to do with conservative indoctrination of them. Many of that 'Gang of Five' aren't even educators.

It was a point that Republican Rod Paige, the former U.S. Secretary of Education under President George W. Bush, made when he ripped the new curriculum on Wednesday.

"We have allowed ideology to drive and define the standards of our curriculum in Texas." 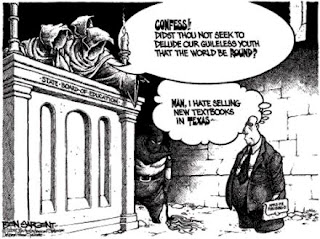 The 'Gang of Five' have ignored education experts in cramming through a curriculum that is a naked attempt to whitewash minorities out of history.

They want to commit crimes against history such as excising Founding Father Thomas Jefferson, rename the triangular slave trade 'the Atlantic trade', downplay the Civil Rights Movement, the existence and history of Latinos and women's suffrage moments while elevating Phyllis Schafly and the rise of conservatism.

“We might as well say Hispanics don’t exist,” said board member Mary Helen Berlanga (D). “We have hidden information, we have tried to cover up a lot of information. I guess there are people that have a difficult time with the truth.”

"I feel that I have let down the students in our state.”

Fortunately there are educators and other persons in the Lone Star State pissed off enough to where they decided to run for the SBOE and unseat the 'Gang of Five'. Don McLeroy, the most outspoken conservafool on the SBOE has already gone down to defeat to a more moderate person in the March GOP primary.

The various Democratic SBOE candidates have already pledged they will revisit the issue should they be successful in the upcoming November elections in getting on the board. 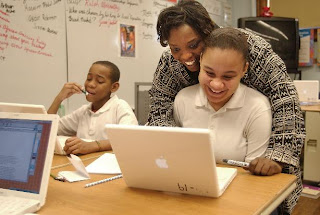 The misguided standards will be effective for the 2013-2014 school year. If you're a parent of a Black or Brown child, better plan on teaching your child a lot of Black and Latino history this summer and throughout the school year to counteract the conservalies they'll be fed.

The partisan hijinks have gotten the attention of state legislators, who may move to rein in the power of the SBOE when the Lege opens for 'bidness' in January 2011.

"They have ignored historians and teachers, allowing ideological activists to push the culture war further into our classrooms." said Rep. Mike Villareal, (D-San Antonio) "They fail to understand that we don't want liberal textbooks or conservative textbooks. We want excellent textbooks, written by historians instead of activists."

May I add, Rep. Villareal, we Texas of all ideological stripes want historically accurate textbooks as well.
Posted by Monica Roberts at 12:01 AM