Statements From The White House and State Department On Malawi Couple

TransGriot Note: Statements from the White House and the State Department about the sentencing of the Malawian couple to 14 years hard labor for being in love.

Note that the White House and State Department get the identity component right, but some of our gay allies can't.

From the White House:

Statement by the Press Secretary on Court Ruling in Malawi

The United States strongly condemns the conviction and harsh sentencing of Steven Monjeza and Tiwonge Chimbalanga in Malawi. The criminalization of sexual orientation and gender identity is unconscionable, and this case mars the human rights record of Malawi. We urge Malawi and all countries to stop using sexual orientation or gender identity as the basis for arrest, detention, or execution.

From the State Department: 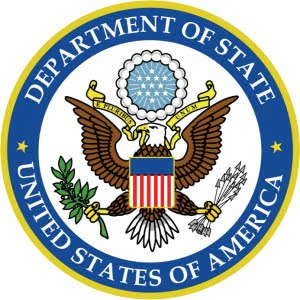 The United States is appalled by the conviction and sentencing of Tiwonge Chimbalanga and Steven Monjeza to 14 years in jail with hard labor under Malawian law for violating Malawi Penal Code Chapter 15, Section 153 and 156, under which they had been charged with “carnal knowledge against the order of nature” and “gross indecency.” The conviction and sentencing are a significant step backward for the Government of Malawi’s human rights record. Malawi must abide by its human rights obligations.

We view the criminalization of sexual orientation and gender identity and sentencing to 14 years hard labor as a deeply troubling violation of human rights. Decriminalization of homosexuality is integral to the continued protection of universal human rights in Malawi. It is also crucial to the urgent need to fight the spread of HIV/AIDS – a fight in which the United States is closely allied with the Malawian people.

We remain disturbed by harassment, persecution, and exclusion based on sexual orientation or gender identity wherever it occurs. The State Department will continue to stand against any efforts to marginalize, criminalize, and penalize members of the lesbian, gay, bisexual, and trans-gender community worldwide. We urge Malawi and all countries with similar laws to take the necessary measures to ensure that sexual orientation or gender identity may under no circumstances be the basis for criminal penalites, in particular arrests, detentions, or executions.
Posted by Monica Roberts at 12:00 PM