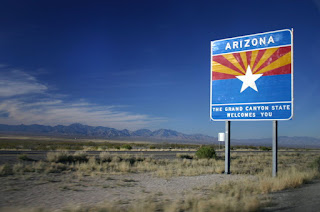 If Arizona was trying to convince reality-based people beyond the conservasheeple that the new 'Papers Please' Law wasn't directed at Latino/as and wasn't going to result in racial profiling. they seriously undermined that argument.

In another boneheaded move sure to increase the calls for a boycott, the Republican dominated Arizona Legislature passed a bill April 29 that outlawed ethnic studies programs:

HB 2281 would make it illegal for a school district to have any courses or classes that promote the overthrow of the U.S. government, are designed primarily for students of a particular ethnic group or advocate ethnic solidarity “instead of the treatment of pupils as individuals.”

It also would ban classes that “promote resentment toward a race or class of people.”

The measure was aimed directly at the Tuscon Unified School District’s popular Mexican-American studies department, which school officials say provides only “historical information” — not “ethnic chauvinism” as the state school superintendent has alleged.

One state lawmaker tried to show how ridiculous the legislation is by proposing that schools be barred from teaching about 9/11 because it would result in hatred toward Arab-Americans; the measure failed.

The Mexican government struck back by issuing a travel warning advising its citizens visiting Arizona to use extreme caution in doing so.

The Wall Street Journal also published a report about a new Arizona Department of Education policy in which they began telling school districts that teachers whose spoken English it deems to be heavily accented or ungrammatical must be removed from classes for students still learning English”: 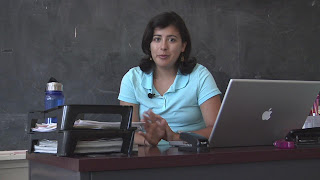 But by who's standards? Are you going to impose the same accentless English standards on someone with a British accent? A Canadian one? An Australian one? A New England accent? A Southern accent?

Or only Latinos, since Arizona schools have significant numbers of teachers who are native Spanish speakers?

Some school principals and administrators in the state have expressed concerns the Arizona Department of Education is imposing arbitrary fluency standards that could undermine students by thinning the ranks of experienced educators. 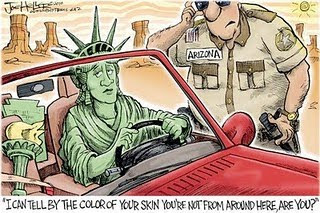 Arizona universities are already beginning to feel the effects of the 'Papers Please' law. Out of state students accepted to schools such as Arizona State and the University of Arizona are notifying those schools they are declining or are transferring out of the state to other colleges. Faculty and staff at Arizona colleges are also expressing concerns about the draconian law.

These latest legislative and policy attacks aimed at Latinos are only going to increase calls from leaders across the spectrum from members of the Congressional Hispanic Caucus to Archbishop Desmond Tutu of South Africa for an economic boycott of Arizona. 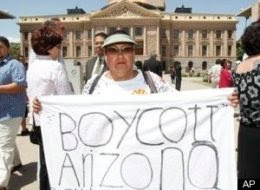 There is already pressure being applied on Major League Baseball to pull the 2011 All-Star Game from Phoenix, especially in light of the fact that 40% of its ballplayers hail from Latin American nations.

You can bet that the NFL will not put a Super Bowl in the state until this law is repealed, and the same goes for the NCAA with its Final Fours.

If you're asking where my peeps are on this issue, the Congressional Black Caucus has condemned the law. We have long memories about laws specifically aimed at us starting with the 1850 Fugitive Slave Act to the post Civil War Jim Crow statutes that permeated Southern lawbooks until the 1960's. 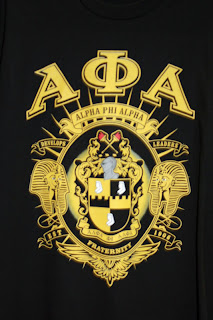 Rev. Al Sharpton among other African American leaders are joining the Congressional Hispanic Caucus in calling for an economic boycott of Arizona.

Alpha Phi Alpha Fraternity, Inc, the oldest African-American Greek organization has responded to those calls by moving its July convention that was to be held in Phoenix to Las Vegas.

Arizona will have a hard time drawing any convention to the state for a while except probably one that Phoenix has put in a bid for.

The 2012 Republican National Convention.
Posted by Monica Roberts at 11:01 AM