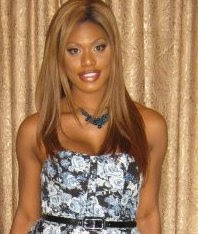 While checking my Facebook comments earlier today, I was struck by this one from my sis Laverne Cox. She said, 'Today I am going to work on loving myself more'.

With all the shame and guilt thrown at us along with the disapproval from many of the societal institutions arrayed against us, it is a challenge at times to be the women we know we are, even with someone who looks as good as her.

When you toss in the fact that African-American women are far too often considered vis a vis the vanilla flavored beauty standard as the 'unwoman', it is even more of an uphill climb for African descended transwomen to maintain a healthy self esteem and self image. 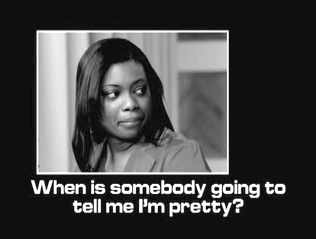 We African descended transwomen not only have to battle the ugliness that the world hurls at us and Black ciswomen in general, but also have to deal with elements of our own families and our community taking self esteem shattering potshots at us as well.

As an old African-American saying goes, 'Nobody will think you're somebody, if you don't think so yourself.'

So yes, it's important for me and every African descended trans woman to not only think we're somebody, but stand tall, proud and know we ARE somebody as well. 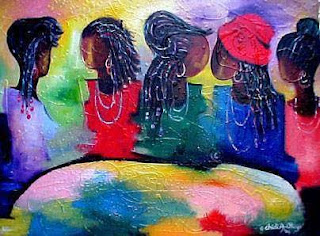 We must consistently work on loving myself more. We have to do a better job of sharing and spreading that love amongst our African descended transsisters as well.

If you're fortunate enough to have a loyal cis African descended sister as a friend, bring her into the love loop as well.

Because if we don't do so on a regular basis and show love and respect for our chocolate transsisters, who will?
Posted by Monica Roberts at 8:00 PM