My sis Mercedes Allen has an update on her Dented Blue Mercedes blog concerning the progress of Bill C-389.

If passed it would add “gender identity” and “gender expression” to the list of protected classes in the hate crimes section of the Criminal Code of Canada, and also to the Canada Human Rights Act, which protects against discrimination in housing and employment.

As of now only the city of Toronto and the Northwest Territories have explicit trans protections ensconced into law. 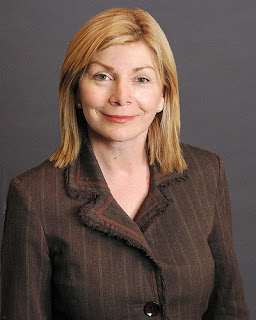 It would amend the Ontario Human Rights Code to include “gender identity.”

Bill C-389 is sponsored by the NDP's Bill Siksay and had its second reading yesterday. In addition to having NDP support, it has the support of the Liberals, and the Bloc Quebecois.

So to my Canadian readers, y'all need to get busy calling your Member of Parliament and getting them to support this bill. It's critically important to do so if you're living in a Conservative riding. The Tories are already trying to find a way to not supporting it.

With a little luck, you trans peeps in the province of Ontario and in the rest of the Great White North may get coverage in Canada's federal laws before they get around to voting on ENDA here.
Posted by Monica Roberts at 4:30 PM