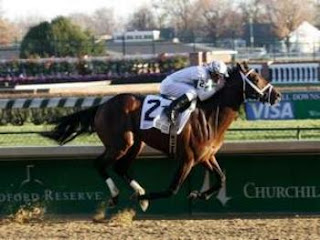 The sun broke out just before the start of the 2010 Kentucky Derby. I watched jockey Calvin Borel hit the inside rail and guide Super Saver to his third Kentucky Derby win in the last four years.

With that bit of Louisville business concluded, the post Derby partying can being in earnest. The one that Dawn, Polar and I are headed to is Down and Derby Party which kicked off at 8 PM and is running until 4 AM.

Madame Party Animal has to go to church in the morning, so I'm not going to even attempt to hang out until this party shuts down.

The Down and Derby Party is the successor event to another GLBT derby event the Louisville GLBT community used to have at the Olmstead and I attended a few times.

That one had a few more celebrities that used to attend it. The one I hit in 2003 I was walking out of the place when Anna Nicole Smith was walking in. I also had a blast talking to Tammy Faye Bakker and The Lady Chablis.

I even got my copy of the Lady Chablis' book 'Hiding My Candy' autographed. 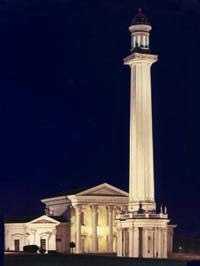 Despite the lack of celebrity star power (for now) since the event is in its second year, it's still a worthy one to attend. It serves as a fundraiser for two AIDS-related organizations in Louisville — the WINGS Clinic at the University of Louisville Health Sciences Center, and the Louisville AIDS Walk.

They are two organizations near and dear to my heart because I have lost friends and extended family members to AIDS.

The Water Tower is also a cool place to have it as well.

Oh yeah..time to bounce. Polar's here. See y'all at the Water Tower.
Posted by Monica Roberts at 7:01 PM