While Lea T may be the model that transpeople in the 2K10s are raving about on one level or another, she is following in the legacy of other transwomen who couldn't be as open as they are about repping the trans community. 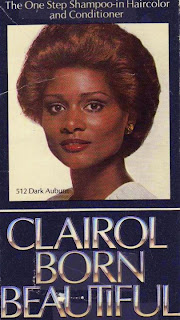 One of those people was ballroom legend Tracy Africa Norman.

She was photographed by renowned fashion photographer Irving Penn for Italian Vogue in 1971, did runway and showroom work in Paris as well as non-fashion commercial work in New York.

During her modeling heyday in the 70's-80's since she resembled Beverly Johnson, the hot African-American model of the time, she found herself not only working for the third largest modeling agency in New York, but picking up major commercial contracts with Clairol, Ultra Sheen and Avon Cosmetics in addition to being booked for and doing five ESSENCE magazine shoots

She was making a name for herself in the fashion industry until some shady fool ruined a sixth ESSENCE magazine booking for the holiday issue and wrecked her modeling career by revealing her trans status.to then ESSENCE magazine editor Susan L Taylor.

She went overseas to Paris and began doing runway modeling there until she moved back to New York and became one of the iconic figures in the ballroom community.   She was elected to the Ballroom Hall of Fame in 2001.

Tracy tells the story in a Luna Show interview