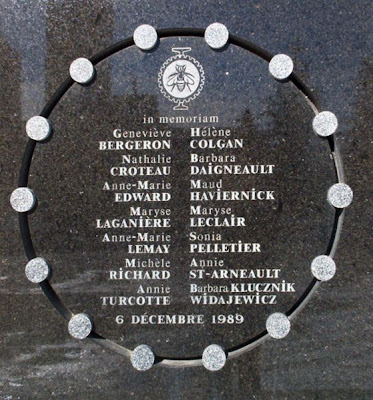 December 6, 1989 is a date that Canadian women will never forget.  It is the anniversary of the worst school shooting ever conducted in Canada. 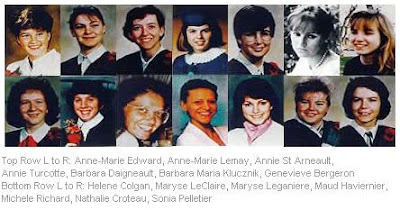 Thirteen of them were students at the Ecloe Polytechnique.  Twelve were studying engineering, Barbara Klucznik-Widajewicz was a nursing student, and Maryse Laganière worked in the school's financial services office..

It was perpetrated by Marc Lépine, who harbored a deep seated hatred of women and feminism, and believed that both were ruining his life.  A little after 4 PM EST he barged into one of the classrooms in the Ecole Polytechnique de Montreal, separated the nine female students from the male ones and after declaring he hated feminists, shot them all, killing six. 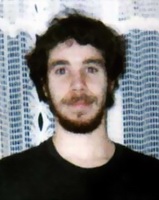 Lépine roamed the building for the next twenty terrifying minutes killing another seven students, a female clerk  in the financial services office, and wounded another 21 people in a twenty minute span before killing himself in a third floor classroom.

The suicide note found on Lépine had a list of another 19 women in Quebec that he planned to kill because he perceived them to be feminists.  The list included journalist and feminist newspaper founder Francine Pelletier, a union leader, a politician, a television personality and six female police officers who came to his attention because they played together on a volleyball team.

The Ecole Polytechnique massacre led to the passage of the Firearms Act in 1995 that ushered in stricter gun control regulations in Canada.  The Firearms Act includes a gun registry that the Conservative Harper government has been trying to overturn since they gained power in 2008. 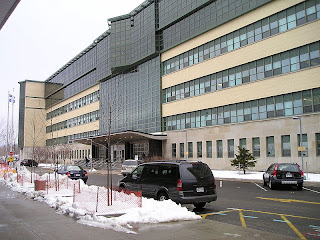 On the anniversary of the event last year I posted an essay that Renee of Womanist Musings had previously written about the tragedy..


In 1991, Canada’s Parliament declared December 6 a National Day of Mourning and the National Day to End Violence Against Women with flags lowered to half staff across the nation to commemorate the day.

Elsewhere around the world, we should  also take a moment to reflect on women who are senselessly killed every day around the world by violence aimed at them for simply being who they are.