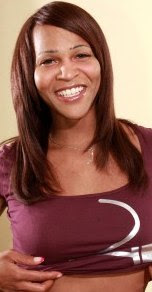 Bil from the Bilerico Project, the blog I'm a contributing writer to sent me an update on the piss poor reporting on the Taysia Elzy case. The local Indy GLBT community was not happy about the coverage of Taysia's December 28 murder (and neither was I) and have been working with GLAAD to ensure that what happened in this case isn't repeated in the future.

In addition to praising the reporters that did get it right, they are doing training session to familiarize the Indy media as to how to respectfully cover the GLBT community, and especially transgender people.

However, it has come to my attention that there are still a few hardheads that refuse to get with the program.

One of them is Steve Jefferson, the crime reporter for WTHR-13, the NBC TV affiliate in Indianapolis. He was highlighted by GLAAD on their 'Worst of the National News' part of their website for December 2008 as an example of how NOT to cover transgender people. To make it even more galling for me personally, he shares my ethnic background. 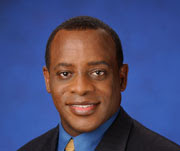 It's being reported that Jefferson is bristling at the attention he's received from GLAAD about it and his station has been glacially slow to change the story.

According to GLAAD, when it was pointed out to Jefferson what the AP Stylebook rules clearly state about covering transgender people, he is reported to have fired back in an e-mail, “I did not do this story based on lifestyle.” Jefferson furthered, “Our goal is to catch the killer- NOT promote your cause.” He also said he did not use female pronouns because he said the transgender victim “was NOT post-op.”

Yo Steve, it's not about an agenda, it's about respecting a community that watches your newscasts. Once again, this is what the AP Stylebook says about covering transgender people and has since 2001:

It does not say anywhere that pronoun usage in a story you compose on a transgender person is based on or determined by genitalia.

If we mere bloggers get that, why can't you media professionals?

The story was supposedly corrected on January 23, but you're still in violation of the AP Stylebook rules by not only using her old male name, but putting Taysia's name in quotation marks.

Here's a story that was done in JET magazine two decades before the AP Stylebook rules on covering transpersons were penned, and they got it right.

Then again, maybe the problem here is that you DON'T want to get it right.


So once again TransGriot readers, be nice and write the wonderful peeps at WTHR-TV.

GLAAD urges you to contact WTHR Crime Reporter, Steve Jefferson and WTHR News Director, Carolyn Williams and voice your concerns. Tell them to make the necessary corrections to this story, cover the transgender community with accuracy and respect and in line with standard language usage.