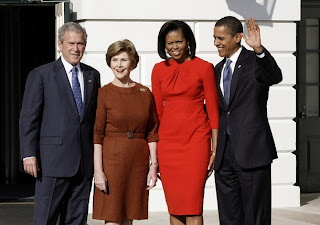 There was a joint session of the Congress held today in which representatives from the House and Senate officially counted the votes from the December 15 convening of the Electoral College. On that date meetings were held in every state capital and the District of Columbia for the electors to cast their ballots per the election results in each state.

During that joint session of Congress today Vice President Dick Cheney crawled out of his undisclosed location in his role as President of the Senate to declare Sen. Obama as the winner, which was welcomed by a standing ovation of all lawmakers present. 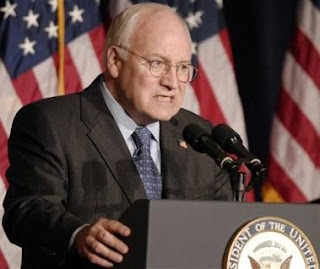 Just as it broke down on Election Night, the 538 total electoral votes broke down to 365 for Democratic nominee Sen. Barack Obama and 173 for Republican nominee Sen. John McCain.

When it was over, Cheney then proclaimed to the cheering chamber what the world has known since November 4, that Barack Obama and Joseph Biden had been elected the next president and vice president of the United States.

The new day is coming folks. Just hold on.
Posted by Monica Roberts at 10:50 PM