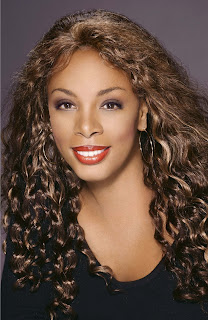 While I was perusing the celebrity birthdays on New Year's Eve, I discovered that one of my favorite singers was celebrating a milestone birthday.

Back in the day I was a huge disco fan, and one of my favorite singers was Donna Summer. She started off as a gospel singer, but what a lot of people don't realize about her is that she's an accomplished songwriter as well.

She has won five Grammys and is the only artist to have three consecutive number one double albums and three number one pop singles in the same year. While she's known for the disco hits, her musical repertoire encompasses rock, pop, R&B and gospel.

She has sold over 130 million records worldwide and I definitely have my share of Donna's music in my collection. She's one of the most successful female artists of the 1970s and 1980's and was inducted in 2004 to the Dance Music Hall of Fame.\

Happy birthday, Donna and may you have many more.
Posted by Monica Roberts at 6:14 AM

Donna Summer was one of my favorites artists during the disco era. She was easily recognizable by her sultry voice and lyrics. One of the greats.

Genny, I still love Donna Summer. The girl can 'sang'.