Are The Dems FINALLY Going After Texas?

As a third generation Texan, I was very happy to see my home county (Harris) go blue in the recent presidential election and begin throwing out the Republican rascals in the county courts.

I was also happy to see a Delaymandered Texas House designed for a 120-30 Republican majority dwindle down to a 76-74 GOP majority and best of all, Tom Craddick is no longer Speaker of the Texas House.

But the best news I received in the wake of those positive trends is that the Democratic Party may finally be getting serious about returning Texas to its progressive roots and making Texas competitive again by the 2012 election cycle.

The state Democratic Party has been resurgent and wants to become a player even sooner, as in 2010. Whether it's 2010 or 2012, it can't be soon enough after 14 years of Republican mismanagement of my beloved birth state.

In 2005 Texas became one of several states in which the combined minority population outnumbers whites. With the 2010 Census looming, most projections show a possible three seat gain in Texas' already sizable 32 member congressional delegation. If those numbers hold it means that Texas increases in value to 37 electoral votes and becomes even more important on the Electoral College map.

The Repugs know this as well and are alarmed because their presidential election scenarios start with Texas as the base for their electoral vote calculations. They will fight tooth and nail to keep Texas in their column

But demographics, their own shortsightedness in failing to diversify their party, coupled with the young multiethnic coalition the Democrats built that carried Obama to victory will probably put Texas in play in the next four to eight years.

But the national Democratic Party needs to do its part, too. It needs to quit using Texas as a political piggy bank and source for volunteers to send to other states. It needs to invest money in the Texas Democratic Party and aggressively go after the Latino and African American vote there as well. 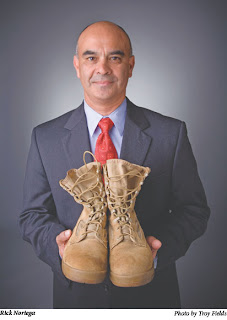 It also needs to put serious money in statewide races as well. Rick Noriega was probably the best candidate in a decade we've had for the US Senate, and was up against an unpopular Republican. Had the national party passed more cash to him, we'd probably be hailing the first Latino Senator from Texas and we'd have our 60 seat majority in the Senate.

It's past time that the Democrats made a serious play to take Texas back from GOP clutches. The conditions are ripe for it and Texas Dems are more than eager and willing to do the work to make it happen.

All that's needed is the will and the money.
Posted by Monica Roberts at 12:42 PM

From your lips to God's ear. Until the rural counties came in, the Dems were more than holding their own on Nov 4. A little more effort from the national party would be oh so appreciated.

I was pissed that Rick Noriega didn't win over John Cornyn..

I twittered about this exact thing when it was announced that KBH wasn't running for her seat again. Plus I saw all of the movement from the dems this year. It was exciting.

What do you know of/think about the woman who is planning to run Mayor next year? All I really know is that she is a) a lesbian b) city controller and c) supported by emily's list.

Have you heard the crap that Cornyn spouted today at the Holder confirmation hearing? It's an embarrassment. I voted for Noriega. Cornyn is just such an asshat.

Jo Jo,
You mean Annise Parker is going to run?

Cool..she'd be a wonderful mayor for H-town if she does..

Tb Texan
Ugh Cornyn...he's an embarrassment to the proud history of the state.

Once upon a time we sent leaders and statesmen to congress like Lyndon Johnson, Ralph Yarborough, Sam Rayburn, Barbara Jordan, John Tower and Lloyd Bentsen.

Now we have people like Cornyn not fit to shine their shoes.

Monica, Mayor Bill White has announced that he is running for Senator when Hutchison steps down run against Gov. Goodhair. I'm sorry Noriega didn't win, but I think Mayor Bill has an even better chance.

It seems -very- likely that Annise Parker will run for Mayor this year. White is stepping down b/c of term limits. We also have Sue Lovell on the Council, and Jerry Simoneaux has announced plans to run to be a judge.

Robert,
I grew up not too far from Pearland and Friendswood, so I feel your pain. Sooner or later when pols feel in these counties like Brazoria they can run and win as Dems, they'll do so.

But that's good news all the way around. Annise will make wonderful mayor and she's done her time as the city controller and an at large member of the city council.

I remember Sue from the Caucus, and i may have me Jerry before I moved from H-town in 2001