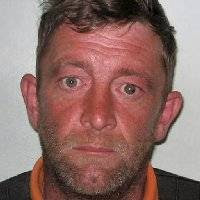 It took almost 12 years to bring him to justice, but James Hopkins was sentenced to life on January 6 for the 1997 murder of transwoman Robyn Browne.

23 year old Robyn Browne's body was discovered in her Central London apartment by her roommate Natasha Brentwood on February 28, 1997 with multiple stab wounds to her neck, chest, heart and torso. At the time she was undergoing gender transition and was doing sex work to pay the bills with a local agency.

Brentwood had been out on a dinner date with her boyfriend and discovered the apartment door was locked, she climbed through the window and discovered Robyn's body on the bed covered in blood. There were no sighs of forced entry, but a drawer had been pulled out and pages torn from Robyn's personal organizer.

Reportedly her client list had some high profile people on it and some of those people when the trial started were concerned they would have to testify. 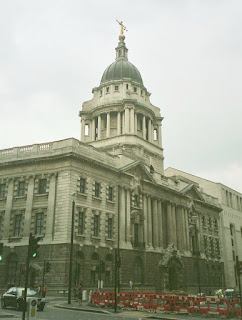 In June 2007 Hopkins was arrested in Leeds after his palm print matched the bloodstained palm prints found on the bedroom door of Browne's apartment and on two newspapers found there dated February 28. When arrested Hopkins denied killing her, but admitted that he was paid £500 to steal an address book.

According to the Metropolitan Police, advancements in DNA and forensic techniques allowed them to bring this case to trial.

He'll have to serve a minimum of 17 years in jail.

Too bad the family of Kellie Telesford won't get to feel the satisfied feeling of knowing their loved one's killer was brought to justice.
Posted by Monica Roberts at 10:34 AM

So tragic. Took long enough for this guy to get sentenced, but yes - definitely better late than never.

By the by, I stumbled across your blog recently and became a follower right away. I just recently began transitioning myself, in Utah of all places, and your blog is a great source of info and inspiration. Thank you, and keep it up!

Thanks for stopping by and glad you like TransGriot.

If you're in Utah, better get your name change done ASAP. There's a bill pending in the Utah Legislature that seeks to make it harder for you to do so.