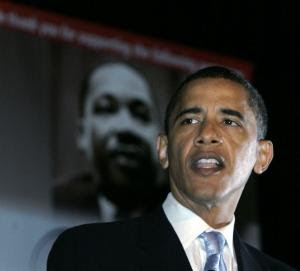 And so begins the day that our people have been waiting ages for, the inauguration of the 44th president of the United States.

The best part to me is that Barack Hussein Obama II not only shares my ethnic heritage along with the First Lady, we are sharing with the nation the best of our community.

I can't even begin to express my joy, elation and immense pride over what is about to transpire in just a few hours. The fact it's happening on my niece's birthday makes this day even more special. My niece will now spend the next 4-8 years of her life with her first cognizant presidential memories being of Barack Obama's administration.

Yeah he's walking into a mess. Yeah, some of you are probably so cynical about politics that you aren't going to even allow yourself the chance to believe that maybe we finally do have the right guy in the Oval Office to inspire us in this country to do great things, tackle tough problems and solve them together.

I have seen Black men of all ages for the first time in a long time express not only a resurgent interest in politics and doing things in the community, but chest thumping patriotic pride in the fact that the incoming president is a 'brother'. 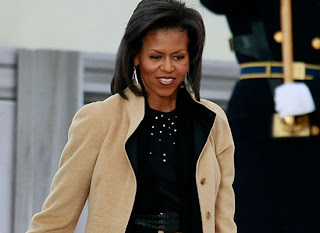 Michelle Obama as the First Lady will hopefully give us the opportunity to forever blow away misconceptions, stereotypes and myths that have arisen about African American women across a wide array of issues. It is also a major point of pride to African-American women that the First Lady is 'one of us' as well.

It's also a joy to see the Obama's beautiful girls Malia and Sasha. I have been heartened to see young Black boys and girls across this country stand up a little taller since November 4. The younglings now believe it when their elders tell them that they can be anything their heart desires in this country. Conversely, their elders don't have to feel anymore as if they are lying to their kids or feel that sharp sting of historical pain when they say it.

John Thompson, Sr. said it best in a recent interview when he stated, 'The Emancipation Proclamation freed our bodies from slavery, the election of Barack Obama freed our minds.' 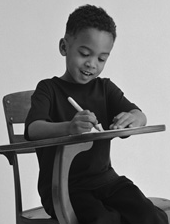 While what ails Black America won't be magically cured in 24 hours, a week, a month or maybe even during the four to eight years of this presidency, it's a start. It's also nice to know that with this presidential inauguration it shows us and more importantly our kids what is possible when you dare to dream, and then go after it.

This day is not just one for my community, but for all Americans. It's also cool to note that this historic day for our country is also resonating with people all over the world and across the African Diaspora.

It is also my hope and prayer that the afterglow from this day will last long after the music has faded from the parade and the last inaugural ball and the real work begins for the Obama administration.
Posted by Monica Roberts at 3:48 AM

I am so so so excited. Totally chairdancing as I watch cspan.

I spent various times during the inauguration ceremony wiping tears from my eyes and thinking about all my now departed friends and relatives who would have loved to see this day.