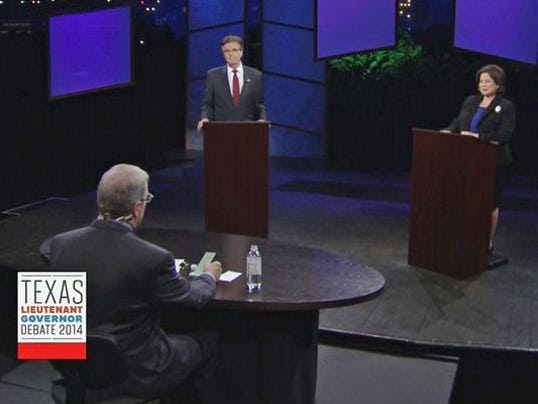 Where's State Senator Dan Patrick been in this 2014 lieutenant governor's race?   Hiding from the people of Texas.

Yeah, Dan's been running from the spotlight and hanging out with his 1% GOP buds in his bid to avoid any campaigning, debates or media events that will draw attention to his sorry record.

But Dan couldn't hide on Tuesday night.   He had to come out of his undisclosed Lone Star State location and hit a debate stage in Austin with State Senator  Leticia Van de Putte for their one and only debate before we Texans begin going to the polls on October 20.

And here's the video of the debate.