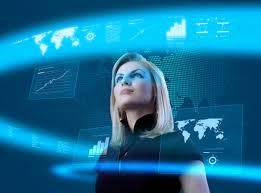 From time to time I like to engage in hard, solid thinking about various topics.   There are times I like to take a ride on what Dr. Neil deGrasse Tyson called on Cosmos The Ship of the Imagination and ponder what our world will be like decades from now and what issues will impact it.

The last time I actually wrote down what I was thinking, I was in junior high school writing an essay for a NASA sponsored contest that asked us to predict what the space program would look like in 2000.   I nailed the International Space Station, but I'm still waiting for the permanent moon base and manned Mars missions.

That essay did earn me a trip to Johnson Space Center in which I got to meet Nichelle Nichols and the first group of Black shuttle astronauts along with a non standard tour of JSC.

One of the things I was pondering recently was triggered by me seeing a pic of a five year old trans girl.  I began to ponder what her Trans World that we 2K10's activists are fighting tooth and nail to shape, would be like 10 to 20 years from now. 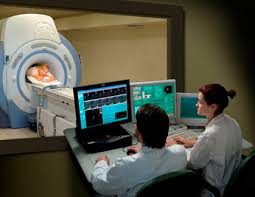 One thing we can say for certain in one important aspect, she's in trans territory that our current trans teens intimately know or are experiencing firsthand.  This five year old trans girl is getting the benefit of living her childhood predominately in her targeted gender.

So will her five year old trans masculine counterpart.

Trans kids in 2034 that tell their parents they want to be the other gender will have advanced medical techniques available to either delay puberty or put them on the desired gender development transition track.

Our societal knowledge about gender identity and the medical side of it will exponentially increase as mounting research evidence continues to drive home the point that gender is between your ears and not your legs.

What things will our current five year old trans child who triggered this trip on The Trans Ship of the Imagination benefit from by the time they have hit age 25?

Gender transition specific healthcare will be covered because it will have long since been proven to be a medical necessity and not a debatable political, religious and medical ethics issue.

That trans child by the year 2034 will probably be able due to those rapid advancements in reproductive technology to bear a child using reproductive organs created from her own stem cells.   Hopefully that same route, the biomechanical or a medical breakthrough as yet unknown will lead to realistic functional genitalia for our trans masculine peeps that desire it.

That trans child in our thought experiment will see a world in which nondiscrimination laws that add gender identity to the list of categories that discrimination is banned will cover more than just the current 18 states, the District of Columbia, Puerto Rico and 180 jurisdictions.

More nations will have laws that ban discrimination against their trans citizens as well as allow them to change identity documents easily.

People in the 2030's will wonder what the fuss was about or why was there so much resistance when these no-brainer laws expanding human rights coverage were proposed and enacted.

The trans kids of 2030 will be be able to go to schools and colleges that have trans nondiscrimination policies in place.

As a result trans people will be able because of the widespread nondiscrimination laws that cover gender identity have a better opportunity to get better paying jobs.

With transsexuality being less stigmatized, society being more open,  and people being out, open and proud about being trans men and women, it should lead to a lessening of anti-trans violence.

That will probably change the nature of Transgender Day of Remembrance to a memorial reminding transpeople in the 2030s how bad it was 20 years ago, still mourn the person killed that year, celebrate the societal progress that has been made since that dark time and resolve every November 20 to never go back to those days again.

Trans children will grow up being able to simply focus on making their dreams a reality.   While trans activists making trips to Washington DC and the various state capitols in 2034 will be fighting to keep hard won political and judicial courtroom gains ensconced in law like the federal Gender Identity and Gender Recognition Act and avoid any slippage, that trans child will be able to see various representations of himself in various parts of society.

Transgender politicians, teachers, business people, clergy, athletes, beauty queens, bodybuilders, actors, models, and families headed by trans parents won't be front page news or scoffed at, but an accepted part of life that once again will draw chuckles as to how backwards those transphobic cisgender people back in the 2010's were.

And yes, there probably will be some negativity aimed at our transpeeps in 2030.  Murders and sexual assaults of our peeps will probably still happen and necessitate activists having to still organize TDOR's.   The transphobic bigots will get more creative with their anti-trans bigotry.  Rapidly advancing medical technology will cause other issues of concern for trans activists on the 2030s that we have yet to even think about.

What issues will crop up that cause intra trans community drama in 2030?  While my data banks are coming up with 'Insufficient Data' responses to that question, I'm willing to bet the four century old issue of the color line will still be a problem in Trans World .  Class issues  will continue to necessitate coordinated action and work between trans political organizations to solve the problems they cause.

Since the world will probably be more interconnected 20 years from now than it is today,  hopefully that will result in better international human rights cooperation between trans people across the planet..

Hopefully I'll be around to see how much of this turned out to be on target.

I'll also be interested to see if my NASA moon base finally gets built.
Posted by Monica Roberts at 12:00 AM