Remember when I mentioned that one of the things we needed to do as a community was utterly discredit, crush and destroy the bathroom predator meme being aimed at us by foe and frenemy?

Here's Exhibit A as to why it needs to be discredited, crushed under an avalanche of scientific fact and utterly destroyed to the point where people laugh at you for bringing it up.

Peep the bill the Tennessee General Assembly introduced less than 24 hours after the session started in Nashville on Tuesday.

Transphobic bills have been introduced in both the Tennessee Senate and the House that would make it a class "C" misdemeanor for a trans person to be using a "restroom" or "dressing room" not designated by their "sex" listed on their "birth certificate."

So yeah, I smell a civil rights lawsuit coming on this one if it does pass, especially when you don't allow people born in Tennessee to change the gender designations on their birth certificates.

BE IT ENACTED BY THE GENERAL ASSEMBLY OF THE STATE OF TENNESSEE:

(c) A violation of subsection (b) is a Class C misdemeanor punishable by a to a fine of fifty dollars ($50.00).

SECTION 3. This act shall take effect upon becoming a law, the public welfare requiring it. 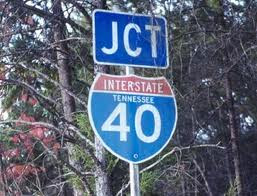 Been advised by an attorney friend that the proposed bill would also affect transpeople transiting through airports (Delta and Southwest have hubs in Memphis and Nashville), bus stations or simply using a rest area bathroom along interstate highways in Tennessee.

If the unjust bill passes I can already imagine a scenario in which a transwoman has to handle her nature call, heads to the bathroom and some overzealous security guard or some transphobic hater finds a cop while that person is handling their business and then drama starts before or after they exit the lavatory.

And yeah, it isn't just a trans problem.   You cis people with androgynous looks or who get ignorantly pegged as trans by the unwashed masses will be affected by this as well.

So yeah, for those of us who don't live in Tennessee, it's officially our business too.  Besides, why should any transwoman or a cis woman with ambiguous gender characteristics have to show ID to go to a fracking bathroom?

Once again, the Tennessee Transgender Political Coalition and its allies have their work cut out for them in Nashville in terms of killing these unjust bills.

Let us know Tennessee trans family how your brothers and sisters around the country and the world can help you with that task.