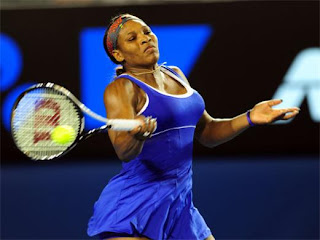 Two weeks into a new year and another professional tennis season gets started with the first Grand Slam  tournament of the year kicking off Down Under.

It's the 2012 edition of the Australian Open in Melbourne.

Big Sis is still trying to recover from the auto immune ailment she's suffering from.  She thought she'd be ready to play for the Open but was forced to withdraw.

She plans to be ready to resume playing next month with an eye towards getting ready for the French Open, Wimbledon, and defending the doubles gold medal she and Little Sis won in Beijing in 2008.

That leaves Little Sis to uphold Williams family honor and attempt to win her sixth Australian Open singles title after not being able to defend her 2010 singles title due to foot surgery that was problematic in healing. 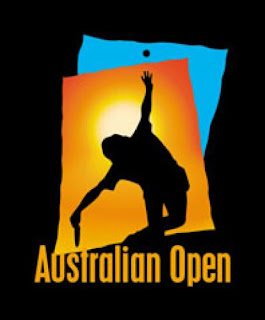 She's currently number 12 in the WTA rankings and is also entered in the mixed doubles with Andy Roddick as her partner.  They'll play number one seeds Kveta Peschke and Mike Bryan when that tournament starts.

12th seeded Serena started off Aussie Open singles play with a 6-3, 6-2 straight set victory over Austria's Tamira Paszek that took her 79 minutes to complete in large part to those 12 aces she served in this match to go along with the 34 winners she hit.

Her second round opponent is Barbora Zahlavova Strycova, who was a quarterfinalist in last year's US Open.

Serena had a pattern going in which starting in 2003, she'd won the Aussie Open in odd numbered years and back to back after her 2009 win.

I'm hoping she's back to her Grand Slam winning ways in 2012, and this would be a nice place to start.
Posted by Monica Roberts at 4:00 PM