Melissa Harris-Perry To Get MSNBC Show 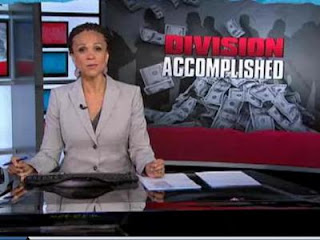 Y'all know I have much love for Tulane University professor and political analyst Melissa Harris-Perry, who has been a frequent guest on Rev. Al Sharpton's PoliticsNation show, The Rachel Maddow Show and Lawrence O'Donnell's The Last Word

She has also guest hosted for Rachel Maddow and Lawrence O'Donnell on their respective shows and I wondered when MSNBC would finally do themselves a favor and grab her to host her own show on their network before somebody else did so.

Was watching PoliticsNation yesterday when the Rev announced that professor Harris-Perry would be getting her own show starting on February 4.  The yet to be named program will be broadcast on Saturdays and Sundays from 10 AM-12 noon Eastern time