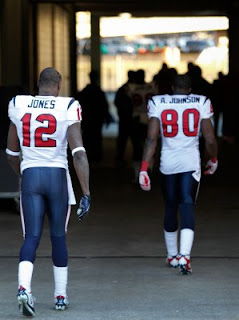 Like most of the city of Houston I was tuned in to the Ravens-Texans playoff game in Baltimore to see if my fave NFL footballers could finally get their franchise first victory against the Ravens in their first road playoff game and move on to the AFC championship game against the New England Patriots. 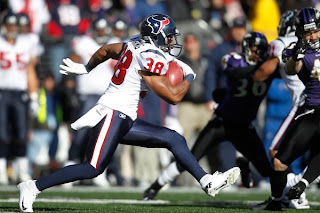 Things were looking great from a Houston vantage point with the opening 60 yard kickoff return by Danieal Manning that led to excellent field position, an early 3-0 Texans lead and the first of the numerous three and outs forced by the 'Bulls on Parade' defense on the anemic Ravens offense.

But in a play that will live in Houston NFL playoff infamy and ranks right up there with the 1988 Oiler 'Stagger Lee' playoff game against Denver, Jacoby Jones inexplicably tried to field a bouncing Sam Koch punt deep inside the 15 yard line and muffed it, setting up the Ravens first TD and altering the momentum of the game.

The Texans found themselves trailing 17-3 in the first quarter before they flipped the script in the second quarter. The offense started riding Arian Foster's legs (Bob McNair and Rick Smith, pay the man) and began to sustain some drives and score to narrow the deficit to 17-13 at the half. 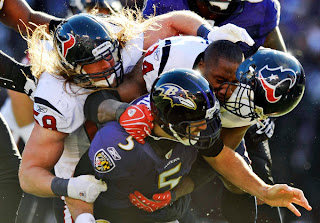 Their stellar play included a fourth and one stuffing of Ray Rice on the goal line to keep the Ravens out of the end zone in the third quarter, but they just didn't make that one play they needed on the offensive or defense side of the ball to get them the win.

The three TJ Yates interceptions didn't help in that regard either, but they were in that game until the Hail Mary that wasn't answered glanced off Kevin Walter's shoulder with 11 seconds left in the game and with that the Texans inaugural playoff run under some challenging circumstances and season ended with a 20-13 loss 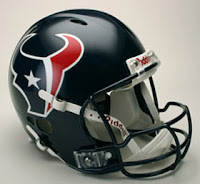 Since it's King Day, I'm going to borrow his words to explain how I'm feeling in terms of my fave NFL team at this moment.  "We must accept finite disappointment, but we must never lose infinite hope."

The finite frustrations and disappointment of this loss will subside but I and other Texans fans have the infinite hope that we will finally see our team bring the Vince Lombardi Trophy to Houston.

If the Texans get either in the draft or free agency another cornerback so they can move Kareem Jackson to safety, a second speedy deep threat wide receiver or stud tight end to take some pressure off Andre Johnson, lock up Arian Foster and Mario Williams with contracts fair to them and everyone comes to camp in shape it's possible.

A healthy Matt Schaub will aid those prospects immensely along with having defensive coordinator Wade Phillips here during the offseason to install even more wrinkles in the Texans 'Bulls on Parade' defense.

If the Texans stated goal for the 2012 NFL season is to ensure they are hosting AFC playoff games at Reliant Stadium they will have to go through a challenging schedule to get the 12 or 13 wins it will probably take to secure the AFC number one or two seed. 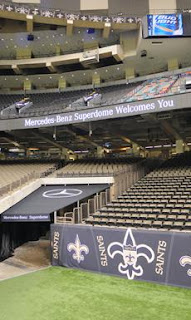 The Texans will face the NFC North (Green Bay, Detroit, Chicago and Minnesota) in our interconference rotation. In addition to our home and away games with our AFC South foes (Indianapolis, Jacksonville and the Traitors) at Reliant Stadium we'll see Buffalo, Miami, Green Bay, Minnesota and the Ravens coming to H-town to play our defending AFC South champions..

The road schedule will have my fave NFL footballers putting on their liberty white road uniforms and facing New England, Denver, Chicago, Detroit and the New York Jets
.

Something to think about Texans fans.  If they do make it back to the playoffs and through the AFC playoff bracket, Super Bowl XLVII will be in New Orleans on February 3, 2013 just a short 5 hour drive down I-10 east from here.

The 2012 NFL season starts in seven months and I can't wait..