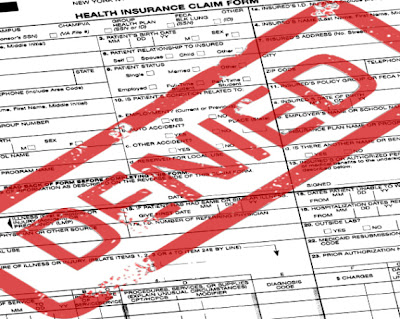 For a long time the topic of being transgender was something seen as taboo but as it gains more needed traction many medical entities are starting to see that in fact being transgender is NOT a mental illness but a medical condition no different then FAI, heart diseases, or more commonly asthma. But as it has been seen time and time again companies blatantly put discriminatory exclusions to care within 75% of their policies made available to the general public. Making obtaining proper healthcare such as even regular physicians visits nearly impossible for many all because the care is deemed as transition related and immediately kicked back as denied!

That's from a Change.org petition created by A. Rob, who is frustrated like many transpeople are about the automatic exclusions for trans medical care written into the health care policies that many US transpeople have to deal with.

It is the odious legacy of radical feminist trans oppressor Janice Raymond,  whose 1980 Social and Ethical Aspects of Transsexual Surgery paper to the US government resulted in the stripping of state and federal aid to indigent trans people and the insurance companies beginning to add transsexual medical exclusions in their policies with deleterious results to our lives and our health.

WPATH and the American Medical Association are just two of the professional organizations that reject the Raymondite thinking and have been pushing the insurance companies to drop those anti-trans coverages based on Raymond's transphobic letter and the discrimination it creates.

"RESOLVED, That the AMA support public and private health insurance coverage for treatment of gender identity disorder (Directive to Take Action); and be it further


RESOLVED, That the AMA oppose categorical exclusions of coverage for treatment of gender identity disorder when prescribed by a physician (Directive to Take Action)"

A Rob's goal is to get 10,000 signatures on this petition, and you can sign it by clicking this link
Posted by Monica Roberts at 4:00 PM