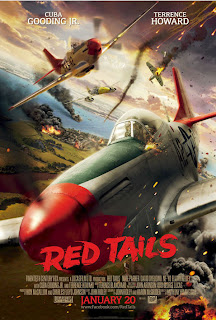 The TransGriot is definitely going to do her part and go see it since I want to send the message for Hollywood to make more action flicks and movies featuring my people and American heroes like the Tuskegee Airmen.

BTW if you do go, so that this movie gets the proper box office credit, make sure when they sell you the ticket it specifically says it's for Red Tails so it doesn't get pencil whipped out of any hard earned box office dollars we pluck down for this movie.

Now that I've done my part to remind y'all that a good movie is in the local cinema we need to support, time to move on to my usual Friday business here at TransGriot of shedding light on the fool, fools or group of fools that deserve to be called out for their ignorance, arrogance and stupidity,

Honorable mention goes to Republifool Kansas House Speaker Mike O'Neal, who was double dipping on the anti-Obama racism.  Just last month he sent out a racist e-mail referring to the FLOTUS as Mrs YoMama and comparing her to the Grinch.  Then he followed it up with another e-mail citing Psalm 109:8 that wishes for a leader's death that wingers have been aiming at the POTUS since 2009.

"At last -- I can honestly voice a Biblical prayer for our president! Look it up -- it is word for word! Let us all bow our heads and pray. Brothers and Sisters, can I get an AMEN? AMEN!!!!!!" 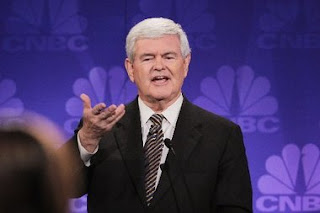 Our winner this week is Newton Leroy Gingrich.

He's been quite busy doubling down on the GOP Southern Strategy 2.0 racism that has propelled him to a position in which he's on the verge of possibly knocking off Willard in South Carolina.

Whether it's repeating his call during a GOP debate held on Martin Luther King, Jr Day for kids to be employed as janitors, and Black people needing to demand jobs instead of food stamps, acknowledging the thanks of a South Carolina event goer for putting Juan Williams 'in his place', dissing his second ex-wife and blaming the media for his divorce, Newt more than earned this week's award.