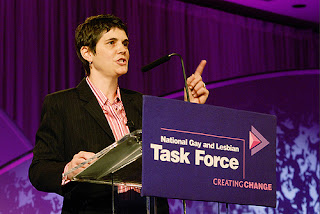 the 2012 edition of the event started on the 25th and runs through this weekend in Baltimore, MD.

One of the keynote speakers for it is NAACP President and CEO Benjamin Todd Jealous.

That keynote speech happened last night and I hope you peeps who are there in Charm City for Creating Change have a wonderful time, get your learn on, get reacquainted with old friends, make new ones and are fired up and ready to push for rainbow community human rights when you're done.

I'll just have to hook up with y'all at a later rainbow community conference or event.

Now to move on to my usual Friday TransGriot business of calling out the fool, fool or group of fools that proved beyond a shadow of a doubt that the only change they were creating was of the negative variety. 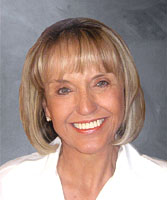 She made an azz out of herself with her finger wagging display of disrespect aimed at the POTUS, and now she's been caught in the racist lie she weaved claiming the POTUS was 'thin skinned' and 'angry' about her book .

A book which BTW was languishing in sales purgatory until this conveniently staged photo-op.

She also claiming now she 'felt a little bit threatened by him'  Yeah, right.  What next Jan?  You gonna start crying 'white women's tears' all over the Conservasphere and in the media?