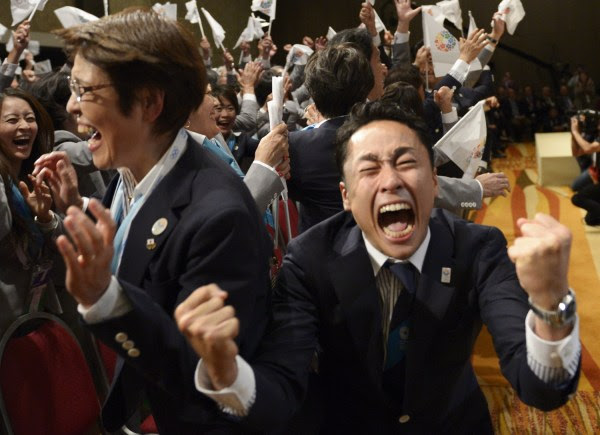 Of course the Japanese people are deliriously happy they beat out Istanbul for the 2020 Games since they were worried that the latest news about the earthquake damaged Fukushima nuclear reactor had damaged their chances to land the Games.

But their pitch about putting the Olympics in steady hands resonated with the IOC delegates in Buenos Aires concerned about the protests and construction delays bedeviling Rio and the negative drama surrounding the upcoming Sochi games because of the anti-gay laws passed by the Russian government triggering anti-gay violence and calls to move the Winter Games elsewhere.  It also didn't hurt Tokyo's bid that they have $4.8 billion sitting in the bank that is budgeted for the 2020 Games

So in the summer of 2020, the Olympic flame will once again come back to the Land of the Rising Sun and Tokyo will become the fourth city to host the Summer Olympic Games twice.
Posted by Monica Roberts at 12:00 AM