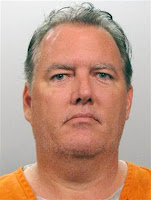 I was wondering why the news cycle was so quiet about the other Florida 'Stand Your Ground' case hauntingly similar to and up the road from the Trayvon Martin one in which another Black teenage male died.

Michael Dunn, the man accused of killing 17 year old Jordan Dunn in the parking lot of a Jacksonville, FL convenience store in a dispute over loud music was supposed to go on trial starting September 23.   The trial has been postponed until January or early February 2014.

The other similarity in this trial and the Zimmerman one is State Attorney Angela Corey is handling it, which in the wake of the jacked up Zimmerman one and the the Marissa Alexander ones has sparked calls by a citizen's group for her removal from prosecuting the Dunn case.

So stay tuned, we'll see if justice prevails or as some people fear is going to happen, Dunn walks.
Posted by Monica Roberts at 2:00 PM