Another Day, Another Dead Black Transwoman Misgendered By The Media 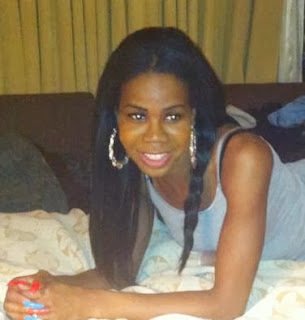 So tired of this bull feces on multiple levels.

First up, it is my sad duty to inform you that thanks to Lexie Cannes, I was alerted to the unfortunate demise of another Black trans woman who will not live to see her 30th birthday.

Time for me to let loose my inner Florida Evans before I continue.

Police were called at 8:17 PM to the boarding house on Baldwin Street where they found Ms. Morgan injured. She was rushed to Robert Wood Johnson University Hospital where she died at 9 PM EDT.

The investigation into the murder is continuing, and anyone with information is asked to call Detectives Kenneth Adobe or Jose Rodriguez of the New Brunswick PD at  (732)-745-5200 for Det. Abode or Det.  Rodriguez at (732) 745-3300.

Now for part two of what's pissing me off.   Once again a dead African-American transwoman has been misgendered in the media because Sue Epstein, the Star-Ledger reporter in question either failed to do her job or as I suspect, the New Brunswick Po-Po's information officers misidentified and misgendered Ms. Morgan for whatever reason.

By the way Sue and NBPD media officers, this is what the AP Stylebook guidelines are and have stated since 2001 concerning reporting about transgender people..

transgender-Use the pronoun preferred by the individuals who have acquired the physical characteristics of the opposite sex or present themselves in a way that does not correspond with their sex at birth.
If that preference is not expressed, use the pronoun consistent with the individuals live publicly.


Okay, New Brunswick PD, if your officers on the scene knew they were dealing with a transgender female,. they need to accurately pass that info on to you so it can be properly reported and you get the information you need to solve the case.

Every time you law enforcement or media peeps misgender a murdered trans female as a 'man', you are not only pissing our community off with your insensitivity because this crap happens far too often around the country to transwomen of color, you are sabotaging the wheels of justice in the case by misgendering that person.

In many cases we in the trans community only know trans women by their feminine names, so hearing their old male names will only register blank stares to the people who currently know them as the female bodied person they interact with.

So get busy correcting the stories about Eyricka.

And rest in peace, sis.

TransGriot Update:  Missed this story that quotes a 23 year old Eyricka when I wrote the initial post: