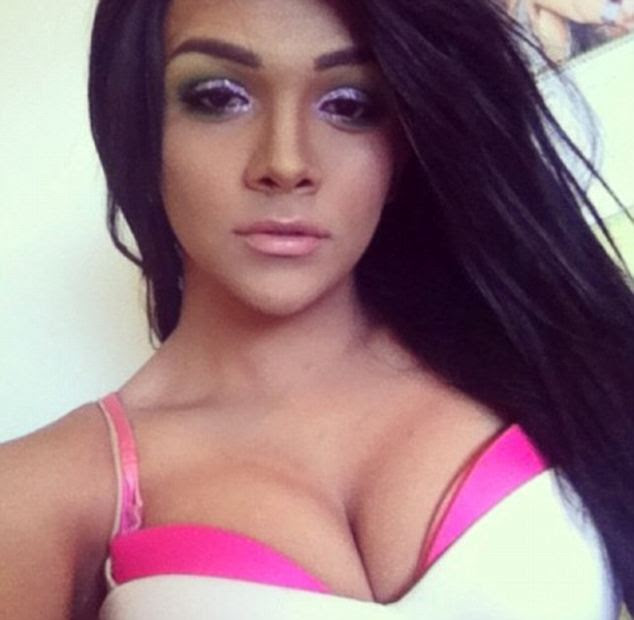 While ground has been broken in terms of an open trans masculine teen being elected homecoming king of his school (Niko Walker in 2010), that hasn't happened yet for an open trans feminine student.  A 19 year old trans student named Devon became homecoming queen at her high school while stealth and revealed it on Katie Couric's talk show back in February.

I chronicled the attempt of Andy Moreno to break the trans homecoming queen glass ceiling a few years ago at North Dallas High School that was thwarted by her transphobic principal.

Now word is coming from the Left Coast that 16 year old senior Cassidy Lynn Campbell has been named one of the ten homecoming queen candidates at Marina High School in Huntington Beach, CA.

"I'm a girl and if my school could recognize me as what I've always wanted the world to recognize me as my entire life, then it would be such an accomplishment," Campbell says. "It's okay to be transgender and it doesn't matter what kind of girl you are -- you can still be a queen."

Cassidy has been transitioning for three years and is also a popular YouTube video blogger. Her nomination comes at a time in California in which Gov Jerry Brown (D) signed AB 1266, a law that that many trans youth in the state advocated for.  It allows K-12 trans students in public schools like Cassidy to participate in sex segregated school activities apropos to their gender presentation.   The conservafools are gearing up to fight this law by collecting signatures for a ballot initiative to repeal it.

We'll have to see later today if Cassidy makes trans history.  At Marina High's homecoming pep rally, the field of ten homecoming queen candidates will be trimmed down to the five finalists with the queen being crowned at the school's football game tonight.

Good luck, Cassidy and hope you walk away with the crown tonight.