Chelsea Manning Is No Hero 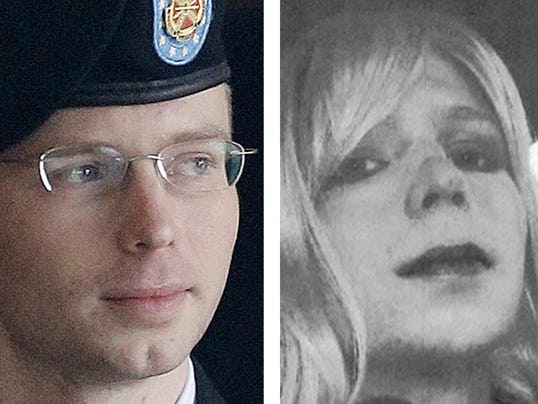 I've had a few people (including my mother) ask me about Chelsea Manning, who was recently convicted and sentenced to 35 years in prison for leaking classified military and diplomatic documents to WikiLeaks while working as an intelligence analyst in 2010.

You asked, so here goes.  Chelsea Manning is no hero, and I have a major problem with elements of this community treating her like one for leaking those classified documents.

I'm also looking at the big picture aspect of how this affects the trans community, especially when people have been busting their behinds to get the ban on trans people's ability to openly serve in the United States military lifted.

When you join the military, you swear an oath to protect, defend and serve not only the country but the Constitution.   Manning violated that oath by leaking those documents and it remains to be seen how much damage was done in leaking our country's military secrets to WiklLeaks and the world.

And yeah, I have questions about the timing of this 'I'm trans' declaration, too.

Long story short, Manning has applied for a presidential pardon and asked to start hormone therapy while doing time in Leavenworth.  Right now it ain't happening.

My concern about this Manning mess is the potential it has of setting back the just cause of trans people being allowed to openly serve in the US military because of Manning's actions that have no justification as I and many trans veterans who honorably served their country with distinction in many cases see it.

It also dishonors those trans people who have served our country in their various branches of the US Armed Forces.  It also hands the enemies of our community a poster child and a talking point they will hammer ad nauseum on FOX Noise and elsewhere in conservaworld as to why transpeople shouldn't be able to serve in the military.

So no, Chelsea Manning is no hero to me

But Manning had to leak those documents in order to expose vicious war crimes during an illegal war which has killed nearly a million innocent lives, including many LGBT people.

The US military needs to reform before it should have the honour of including LGBT people. Trans and other LGBT should not be banging down the door to get into an unreconstructed imperial war machine; instead, they should wait for it to change, unreservedly apologise for the millions of lives it has taken, in Vietnam, Iraq, Cambodia, Afghanistan and elsewhere.

If some people think less of trans people because one transwoman, Manning, leaked state secrets for the greater good, then those people are not worth winning over.

But you don't care about Iraqis, or other victims of US policy, do you? It's all about the media narrative in the US, for you, I suspect. For me, and for the many others not desperately trying to win the approval of the establishment, Chelsea Manning is a queer hero.