I've been involved in the trans human rights activism fight for 15 years and long ago noted a certain disgusting pattern when it comes to codifying trans rights protections.

I've noted that the predominately white gay and lesbian peeps running these organizations and campaigns with some white trans sellout help either write a gay-only human rights bill while uttering the tranquilizing  'we'll come back for you' mantra, include but throw trans people under the civil rights bus to get gay-only protections or compile a trans human rights bill with no public accommodations language in it and expect the entire trans community to settle for it in order for their GL dominated organization to declare it a community 'win'.


The parties involved then move on to bigger and better things and fat paychecks in other Gay, Inc orgs while the rest of us transfolks and especially transpeople of color are legislatively Left Behind to deal with the aftermath of an ineffective law that doesn't solve the problems the bill was supposed to address. 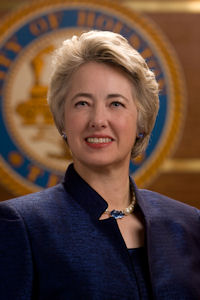 I'm tired of 'bidness' as usual, and so is the POC trans community.  With the chatter increasing on my end of I-10 in the wake of San Antonio's lopsided 8-3 vote on September 6 passing their trans inclusive nondiscrimination ordinance and us in the middle of a city council and mayoral election trying to get Mayor Annise Parker her third and final term on November 5, just wanted to send the message now that I want full trans equality when we start making the effort to add gender identity and sexual orientation language here in H-town.

Anything less than full trans human rights IS NOT and WILL NOT be acceptable for me and the transpeople I represent in H-town.  I will not hesitate to call it out and go as far as help organize people to fight to kill that ordinance if it isn't the full trans equality we desperately need.

An ordinance with gender identity language that doesn't cover public accommodations or protect our employment citywide is a worthless civil rights crumb, a waste of legislative time and not an option.   The Izza Lopez case and the 2010 arrest of Tyjanae Moore instigated by a transphobic security guard for using the damn bathroom at the downtown Houston Public Library location more than emphatically pointed out the need for the non-discrimination ordinance to protect trans Houstonians.

Bump Dave Welch, his band of right wing haters and so called 'Christians' who have nothing but foaming at the mouth bigotry, ignorance, deception and the bathroom meme to deploy against the passage of that vitally needed human rights ordinance along with elements of the Houston LGBT community who have a problem with trans people.  Some of the 2.2 million people who live here are trans, so get over your internalized transphobia.

We're here in H-town, always have been and aren't going away.  With a little luck and a lot of citywide votes in her race a trans woman may join Mayor Parker and Mike Laster on City Council in January. 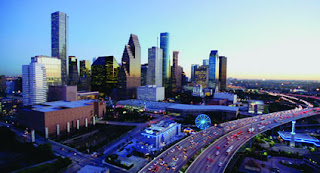 We already tried the sexual orientation only non discrimination ordinance route in June 1984 and it was overwhelmingly repealed in that ugly January 1985 referendum.  We don't need to repeat that mistake, so let's make is as inclusive as possible so the whole Houston TBLG community can get behind it and pass it.  Once we do, we'll need that community unity to gear up for the referendum battle we know will swiftly come from the Forces of Intolerance.

It's also past time Houston joins Dallas, Austin, San Antonio and the other over 180 municipalities in the United States in doing so.

What was the outcome of those two cases? Did the ladies win their civil suits and was the security guard fired?

I PREFER YOUR CURRENT ARTICLE DUE TO THE FACT IT IS QUITE GREAT FOR US.