Shut Up Fool Awards-Football's Back Edition! 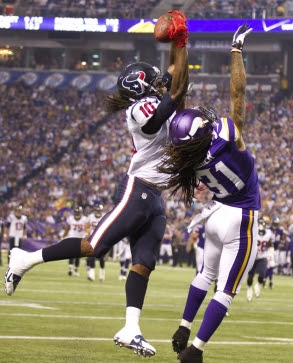 The 2013 NFL season kicked off last night with the Denver Broncos putting their collective foot in the Baltimore Ravens behinds 49-27.

I couldn't get to a computer in time to post last week's SUF winner (and will do so when I finally get Computer Prime out of the shop), so while I'm on the Houston Public Library clock I'll will get straight to this week's Shut Up Fool Award 'bidness'.

Forget the jibber-jabber and building up of the suspense, I'm just going to announce this week's fool.

Our winner this week is Donald Rumsfeld.

This fool has the cojones to criticize President Obama about Syria, when he was part of the Reagan administration that ignored Iraq's use of chemical weapons against Iran, sold them to Iraq, and launched a war that cost over 4000 US lives and ten of thousands of Iraqi ones on a bald faced lie.