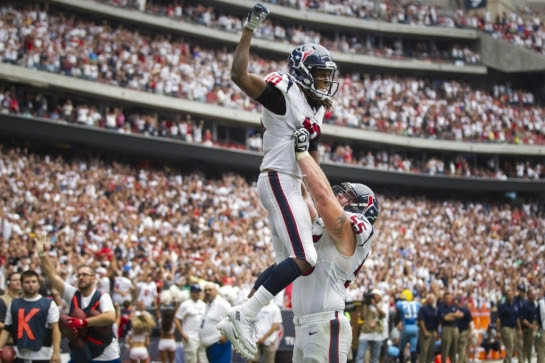 I rebounded from my sorry for me Week One 9-7 NFL prognostication performance to have a much better 12-4 week.   But so did Eli who continues his hot start to his rookie NFL prognostication campaign with a 13-3 week while Mike slipped a bit to 10-6.

But it's still early in this 2013 NFL prognostication contest.  As I and Mike both know it's a marathon, not a sprint.  We're only in Week 3 of the young NFL season despite Eli opening up an early four game lead on both of us.

I had a seven game lead last year that Mike erased, and in 2011 I erased a four game deficit with two weeks to go to tie Mike for the title.   One bad week from Eli (and it's coming) or a hot streak from either me or Mike and we'll be right back in it. 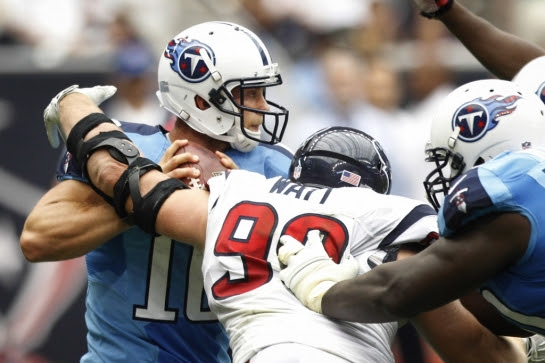 While I was in Oakland I got to see parts of the Raiders home opening win over the Jaguars before Trans* H4CK judging duties called.

I missed my fave NFL ballers beating the Tennessee Traitors at Reliant Stadium 30-24 in overtime to go 2-0 on the season.  The Texans as a result of that win took over sole possession of first place in the AFC South and the Colts loss to Miami.

But the Texans begin a brutal three week stretch of their schedule by playing the Not So Angry Birds in Baltimore this weekend and following that up with games against the Seahawks at Reliant and the defending NFC champion 49ers in San Francisco.

Enough jibber-jabber, let's get to the Week 3 NFL picks since that's what y'all surfed over here for.

Teams I'm picking to win are in underlined bold print on the weekly schedule while Eli and Mike's picks are here at these links.