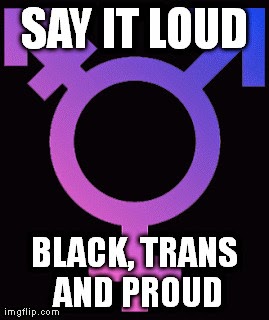 When the unjust Zimmerman verdict was read I like just about every African-American in this country was outraged about it and I showed up at the July 14 rally at City Hall along with other Houstonians pissed off about it as well.

While I was there I decided since the organizers of the rally were offering the people gathered there a chance to speak, I would do so not only on behalf of myself but for the Houston trans community.

The people gathered in front of Houston City Hall that day also needed to see a trans person who shared their heritage.  They now know because I stood up and proclaimed my trans status to that gathering and talked about the issues that united us that day that Black trans people are also concerned about the issues of the day that affect the Black community we are intertwined with.

It was interesting to note that when I was done, I had a few people buttonholing me afterward asking if I was going to run for office here in H-town.   We'll see.

Before anyone who doesn't know my trans history (unless they read this blog or see my Twitter feed or Facebook page) gets to the point of finding out about that part of my life, all they have to go on is my skin color and my gender presentation.

My transition almost 20 years ago did not change the fact that I'm a proud African-American, nor does being trans mean I gave up my Black card.  I still have to deal with people hating me because of that Black skin with the anti-trans hatred being thrown in as a bonus.

I also don't have the luxury of separating my trans status from my Blackness.  They are the same.  . 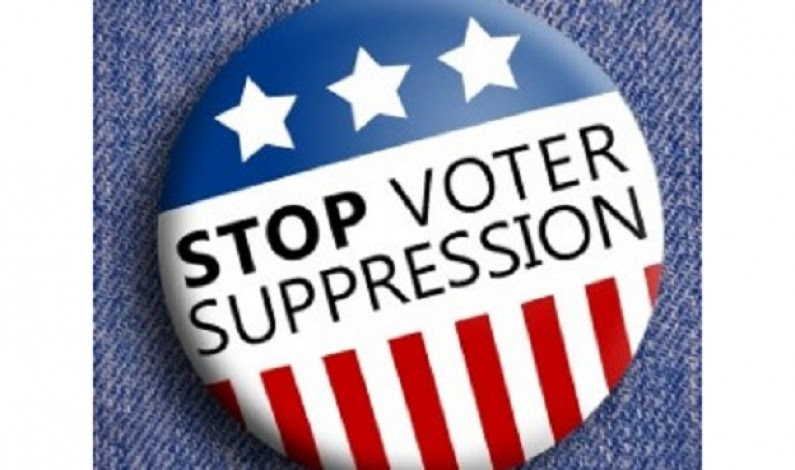 The point is as a Black person, voter suppression laws aimed at the Black community affect me in two ways.  The first is voting while Black.  The second is mismatched ID because of laws (or the lack of them) making it difficult for trans people to easily change their documentation to match the person they are projecting to the world now.  That can affect mine and other trans people's ability to vote when the voter ID voter suppression laws are requiring state issued ID's to go with your voter registration cards and requiring forms of ID like passports that cost money to acquire for people facing 26% unemployment.

Stop and Frisk is another issue that affects us.  Many of the people disproportionately messed with by the NYPD were trans African-American and trans Latina women who in the infallible wisdom of NYPD officers were soliciting for prostitution.  If they had more than one condom on them, were arrested for it.

Trayvon Martin being killed also affects the trans community.  It has me concerned that one day this scenario could play out and result in one of our trans men being killed or wounded because of some armed bigot who mistook him as 'a threat' instead of a fellow human being.

Because we trans people are an interconnected part of the Black community, the issues that affect the entire community in general also affect us.  The sooner the Black community recognizes that fact, the better it will be for all of us so we can collectively deal with what ails Black America.
.
Posted by Monica Roberts at 12:00 PM