The World Loves The President-Elect 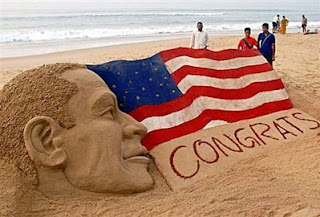 Must be hard to be a Republican these days. You've spent millions of dollars denigrating liberals, blaming Black people for our country's ills, sneering at science and intellectuals, and the country overwhelmingly elects a president who embodies all those qualities as the entire planet breaks out in celebration.

Overnight President-elect Obama's victory has not only reenergized this country in a way not seen since the JFK or Clinton eras, but the world is excited for us as well. 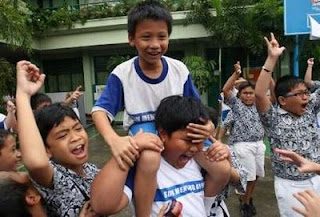 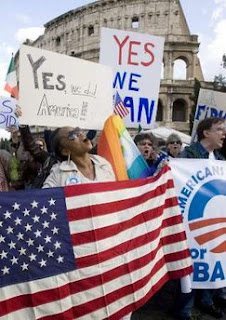 As Americans we should and need to hold ourselves up to higher standards of international behavior than we've exhibited under Republican rule in the last eight years. That ruining of our international good name is one of the factors that paved the way for Obama's election. 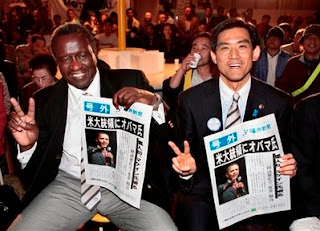 It's going to be nice for Americans traveling around the world or living abroad to not have to be ashamed of our country or our president for the next four years. 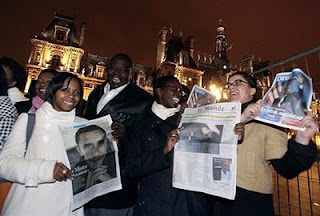 It's also cool to have an intelligent president in the White House once again who can speak eloquently and that world leaders respect. The fact he shares my African heritage is a bonus. 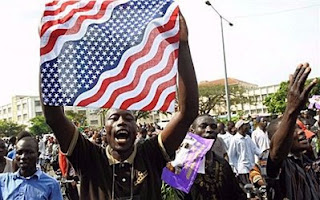 But it has also been gratifying to note how Obama's election has motivated African descended people across the Diaspora to aim higher and eventually elect their own Obamas.


And it's a blessing that I'm still around to see it.
Posted by Monica Roberts at 11:02 PM

It's a beautuful thing.