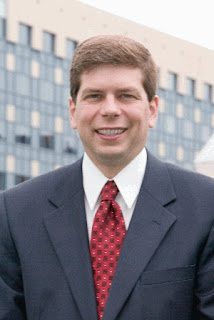 It took two weeks, but we finally have a winner in the Alaska senate race between Mark Begich and Ted Stevens, and it's not good news for the GOP or Sarah Palin.

With roughly 2,500 overseas ballots yet to be counted, Begich finally overtook and expanded his lead to 3,724 votes over scandal plagued Repugnican octogenarian Ted Stevens.

"I am humbled and honored to serve Alaska in the United States Senate,” Begich said. “It’s been an incredible journey getting to this point, and I appreciate the support and commitment of the thousands of Alaskans who have brought us to this day. I can’t wait to get to work fighting for Alaskan families." 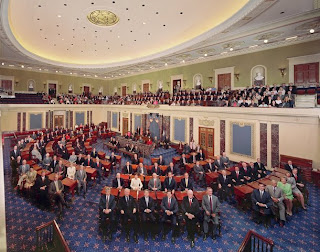 It also put the Democrats two tantalizing seats closer to the 60 seat supermajority they are seeking. The two seats still outstanding are the nasty recount battle royal between Al Franken and Sen. Norm Coleman (R-MN) in Minnesota and the Georgia runoff race between incumbent Saxby Chambliss and Democrat Jim Martin

If they can get to 60 seats, the Republicans can't do jack to stop any legislation they don't like or block any appointments by President-elect Obama because the Democrats would have a filibuster-proof majority. 60 votes is what it takes to end a filibuster under Senate rules.

Begich becomes the first Democrat to represent the state in the Senate since Mike Gravel was elected in 1976. Begich's father Nick also served the state as a congressman before dying in a 1972 plane crash.

Begich's win also precludes the embarrassing possibility of the just convicted Stevens, the longest serving Republican in the Senate, having to be ignominiously tossed out by his GOP colleagues. Rumors were if that scenario came to pass, Gov. Sarah Palin was possibly considering running for the Senate seat in a special election.

It also gives President-elect Obama a stronger hand in terms of passing his agenda through Congress.

All political eyes now turn to Minnesota and Georgia.
Posted by Monica Roberts at 6:42 AM