TransGriot Note: On November 20 transgender people all over the world remembered the 30 people we lost (and are still losing) due to anti-transgender violence. There were probably far more killed this year that we'll probably never find out their names or the circumstances concerning how they died.

Sokari Ekine and South Africa's Gender DynamiX reminded us that our transgender brothers and sisters on the African continent are still struggling mightily against transphobia.

From The Gender DynamiX press release on November 20. 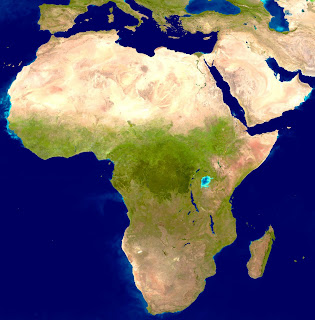 Due to the fact that most cases of murders related to transphobia are not documented in the majority of African countries, we are not able to list all incidents but would like to reflect on some known incidents.

For over a year one of our trans sisters in Nigeria suffered severe transphobia, as she was continually harassed, beaten, and had to flee for her life. On 2 July 2008, Daisy Dube, a well known drag artist in Johannesburg, was murdered when she asked the perpetrator to not call her istabane anymore (a derogative Zulu slang word, similar to faggot). To mention just two cases reported to us.

TDOR takes place 5 days before the start of 16 days of activism, and we, the Africa Transgender Network and Gender DynamiX want to point out to include the importance of raising awareness about transgender, transsexual and gender non-conforming matters

1. To commemorate those who have died due to Transphobia, across the world

2. To acknowledge our many African brothers and sisters who are silenced about their gender identity and living daily in danger of their lives.

3. To increase public awareness of hate crimes against transgender people and to publicly condemn all those involved in these acts.

4. To call upon governments to protect gender non-conforming people.

5. To encourage and stand together with all those in the fight against Transphobia

The day will be commemorated in different countries at different times. The Trans Africa Network and Gender DynamiX however will commemorate the day in Cape Town on the 12th of December 2008
Posted by Monica Roberts at 5:53 AM