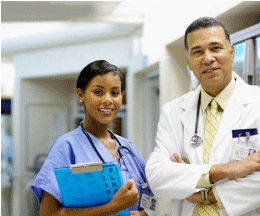 One of the things that I've noted about the helping professionals assisting us in becoming the men and women we are is the lack of melanin in the group at the national level.

While we are blessed in the transgender community with helping professionals that are compassionate, skilled and caring to all their patients no matter what their ethnicity is, I've had the pleasure over the years of meeting many of them, and they go beyond the call of duty to fight tooth and nail for us, I'm still struck by the lack of African-American doctors involved in the gender identity medical world.

It's a concern because I know we have young African-Americans attending medical school. When I was a TATS member I used to be part of the Transgender 101 panel discussions we had at Baylor College of Medicine and talked to them.

One of my doctors early in my transition in between visits to the gender clinic was a Latino one on Houston's north side by the name of Dr. Mendoza. He unfortunately has passed away, but his basic philosophy when he was sometimes asked why he treated us was 'transgender people need medical care, too.'

Maybe there are African-American doctors involved in other cities on a local level that I'm not aware of yet that have the same basic philosophy and take their oath seriously, but who aren't disclosing that part of their practice in fear that it will drive other patients away. 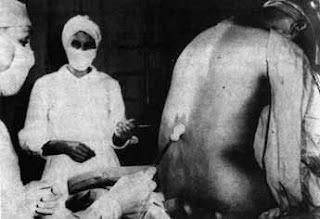 But in light of a medical establishment that still is met with cautious skepticism by many African-Americans because of the fallout from the 40 year Tuskegee Syphilis Study that commenced in 1932, I believe that one reason that some African-American transpeople are reluctant to access the health care system besides cost or seek dangerous alternate methods such as silicone pumping to accomplish the body morphing we need to have happen is lingering trust issues as a result of that study.

The fact that some transpeople of color have experienced overt negative transphobic behavior and denial of service doesn't help either. It's also never far from our minds as African-American transgender people that Tyra Hunter died in 1995 because of lack of timely medical assistance in an emergency situation, and the EMT involved shared our cultural heritage.

And let's face it, it sometimes helps to have someone who has shared your cultural background understand when you're talking to them about transition as a person of color and some of the issues unique to that.

It would be nice when they have these WPATH conferences that the experiences of people of color are injected into the overall discussion of transgender health matters as well by their African-American medical peers. It would carry more weight than just moi speaking to them. 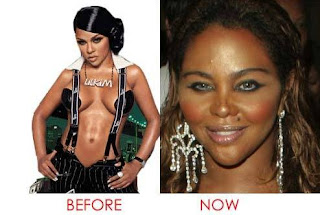 It would be also be nice for example, if you desire to do or need facial feminization surgery, to have a plastic surgery doctor that understands that we have cultural issues about our noses being messed with, there are certain nuances about ethnic beauty, and we don't want to look like Lil Kim or Michael Jackson when they finish.

So where are the African-American doctors that support us? For those of us who do have that option of surgical enhancement, do they even want our business?

It is amazing the ways that race can come into play that I ever even considered. Obviously POC want to continue to look like POC when their transition is done. I know that I would be upset to wake up with Eurocentric features. I believe because they are so highly desired by so many a lot of doctors would just assume that is what we would want. There are already so many surgeries meant to give white features to people of color. One of the most obvious ones that is really popular are the eye surgeries that many Asians are engaging in today.

Renee,
When I embarked on this transition it was not only important to me to assimilate seamlessly into becoming the AA woman i always was, I wanted to look the part as well.

That means embracing every square millimeter of my body.

Could some things stand improving? yeah, but not at the cost of my health with silicone shortcuts or my ethnicity.