TransGriot Note: This is Part II of the original text of my keynote speech that I gave on November 7, 2008 to the TRANScending Gender conference at CU-Boulder. For Part I click this link.

So now that I've touched upon a little of the backstory, let's pull out the virtual crystal ball and try to forecast the future of the transgender rights movement.

As far as our legislative crown jewels of ENDA and hate crimes go, they will pass, but probably not until a second Obama term seeing that President Bush has so jacked up the economy that it will probably take most of this first term to clean up the economic mess. 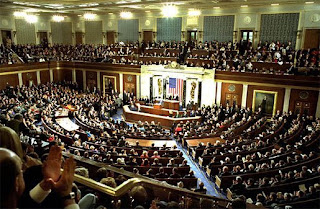 President-elect Obama will need to focus this term predominately on straightening out economic issues before he can even attempt to spend his considerable political capital on social issues.

We transpeople will need to ensure that whatever form Obamacare takes. we are included from the outset and our health issues and concerns are covered. If we aren't, to paraphrase the late consumer reporter Marvin Zindler from my hometown, it'll be hell for us to get amended and added into it once the basic framework of the universal healthcare system is set in concrete. The other headache we'll face is battling virulent opposition from religious conservatives as we try to do so. 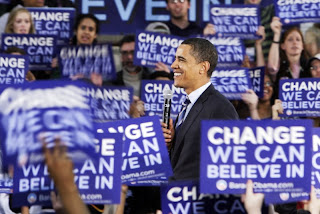 We are also going to have to ratchet up our participation in the political process. We can't depend on others to speak for us, no matter how well intentioned. We have to do it our damned selves.

If the ENDA betrayal last year taught us anything, we need to have our own people representing us in state legislatures and at the federal level with intimate knowledge of our issues and concerns just as gays and lesbians have Barney Frank, Tammy Baldwin and now Jared Polis.

We not only must start donating to political campaigns, similar to the community effort we had on the Act Blue page that raised $16,000 for the Obama campaign, we need to use the Obama campaign fundraising model for our purposes.

The average Obama campaign contribution was around $15. We spend that much or more going to a club or attending a gender convention. How about taking some of that money and pooling it for the purposes of electing transpeople to state and federal offices? 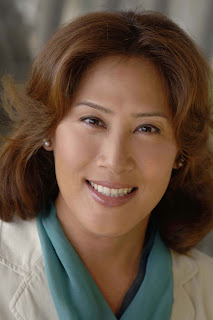 That's a nice segue into what needs to happen next, getting transpeople elected to state legislatures, Congress, and over time governorships and the White House.

While we've had some success getting transpeople elected to small city councils and mayor's offices, we have yet to translate that to electing people to large city councils. Monica Barros-Greene in Dallas has come closest to doing so, but so far the highest ranking US based transperson holding elective office is Hawaii state board of education member Kim Coco Iwamoto.

We must not only develop leaders out of the African-American, Latino/a, and Asian-Pacific Islander communities, they must be given the elbow room to develop cohesive communities that act as a complement to the transgender community at large.

The white transgender community must realize they can't be everywhere and do everything and it's past time to share the power. There are outreach and issues specific to minority communities that minority transpeople are better suited to solve.

We must also develop our future transgender leaders, then set them free to do the work. The young people now matriculating through this college and others are the most intelligent, most information savvy generation ever produced, and it's past time to let the younglings handle things. They not only provide fresh ideas and energy to the movement, they can probably teach us grizzled veterans a few things in the process as well that will make the movement infinitely better in the long run. 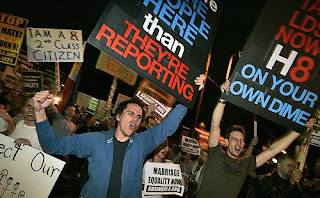 If we pass ENDA and hate crimes, then as our friends in Cali painfully found out, you better be prepared to defend your hard won rights from determined right wing attack. The Forces of Intolerance will not stop until they've killed all GLBT protective legislation, and we can expect the same frontal assault on any transgender rights measures passed as well.

For example, even though a transgender rights law passed in Montgomery County, MD on an 8-0 vote last year, they filed lawsuits and used underhanded tactics in order to get enough signatures for a petition drive to force a referendum on the issue that we barely defeated in court.

Finally, being transgender is a worldwide issue. We have brothers and sisters all over the planet with varying degree of civil protection. We need to do a better job of information sharing, tactics and strategy session information sharing and general support of each other.

Malcolm X once said in a February 1965 speech at the London School of Economics,

"If something is yours by right, then fight for it or shut up. If you don't fight for it, then forget it. 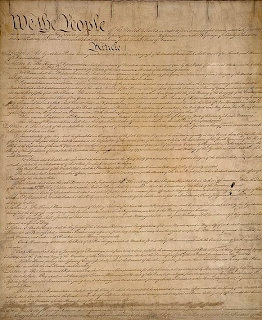 We transpeople have the right by dint of birth in this section of planet Earth we call the United States of America to life, liberty and the pursuit of happiness.

That right is too precious to forget and is worth fighting for. Neither will I and my fellow transpeople shut up talking about it until we too are included in the 'We The People' preamble to the Constitution.

I thank you once again for this opportunity to address you this evening, and may you have a wonderful, informative and successful conference weekend.
Posted by Monica Roberts at 9:02 PM

Glad you and the people who were there liked it ;)

Please continue to shout out loud for trans women everywhere! My heartfelt applause for your efforts!

Leona, Pinay TG.
Thank you both for what you do in your respective countries to send out the message that transpeople are human beings, too