The Hippest Trip In America 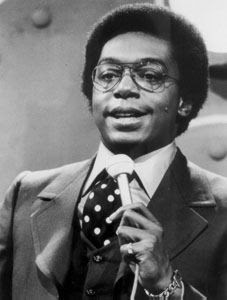 Don Cornelius getting busted last Friday in LA triggered memories about my favorite way in my teens to enjoy a Saturday besides watching my favorite cartoons.

It was our version of American Bandstand and Don Cornelius was our Dick Clark. I tuned in to KHTV 39 at noon to see the latest dances, the latest fashions and hear the latest music.

And because I was on the wrong side of the gender fence at the time, I was also jealously envious of the sistahs on that show.


You also got to see the Soul Train Dancers forming that world famous Soul Train Line and either coolly or in some cases acrobatically moving and grooving their way down the end of it. 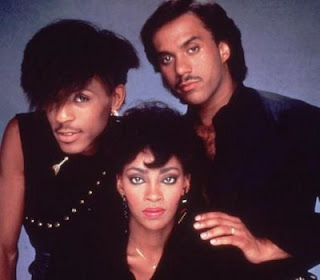 Some of the peeps who danced on Soul Train over the years included Rosie Perez, Carmen Electra, Nick Cannon, MC Hammer, Jermaine Stewart, Fred "Rerun" Berry, Pebbles, and NFL legend Walter Payton. Jody Watley and Jeffery Daniel danced on the show before becoming (along with Howard Hewitt) two-thirds of the group Shalamar.

It was also the place where we tuned in to see our artists (even if some of them were lip-synching to the songs).

After a 35 year run, 1117 episodes and several guest hosts after Don Cornelius stepped down in 1993, Soul Train ended its historic run in 2006. 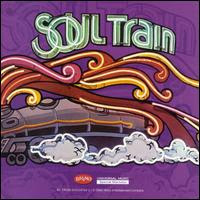 Wishing you love. peace and SOUL!
Posted by Monica Roberts at 4:07 AM

We were all soul train fans back in the day...and this was in Nigeria!

What a wonderful trip down memory lane. Those were the days!
Thanks, Monica.

I find myself watching the reruns and trying to remember what I was doing at the time that show aired :)

I know you did not mention Rerun!!! *LOL*

Gurrrrrl....I am cracking UP over that! He could dance though! Remember how he used to kick up his big leg?

Everyone thinks of Don Cornelius and wants to say:
Sooooooooool train!

Happy Thanksgiving to you, sista!!!

I was a huge Soul Train fan back in the day myself. AB and Dick Clark was nice, but Soul Train had real juice. As Lync Hayes used to say on the Mod Squad, Soul Train on Don C was just Solid. I watched more of that over the years than AB. So yeah, I remember that! Miss that show. My skin maybe the wrong color, but my soul is on the right train!

Samantha, did you check out one of the videos I posted?

Last time I checked, Teena Marie shared your ethnic heritage, and had a contract with legendary Motown records to boot back in the day.

Soul Train was one of the first places I saw the Average White Band, Elton John, Hall and Oates and the Doobie Brothers.