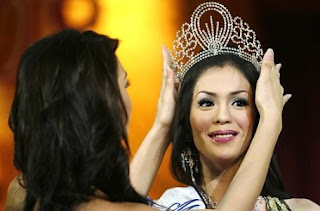 As Pinay TG can probably tell you, the Philippines, like the rest of Asia and the Pacific island nations loves pageants. It has hosted the Miss Universe pageant a few times back in the day. 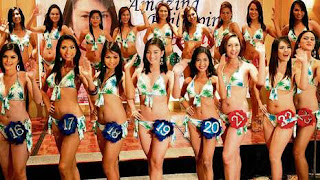 One fast growing one that I have documented here as a pageant junkie is the Amazing Philippine Beauties Pageant. It started as a talent search vehicle for the Amazing Philippines Show, a Tiffany's style transgender cabaret revue show based in Manila now spreading out to satellite locations in various resort areas of the Philippines.

While the original intent was to find talented and beautiful transwomen for the show, it has quickly morphed into a popular event of its own garnering international publicity in just six years. 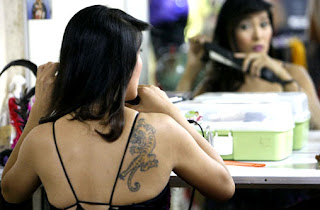 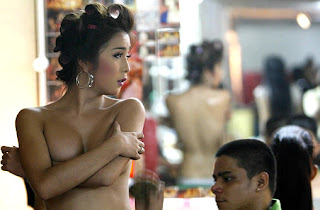 This year 25 women competed for the title during the finals held in Manila on October 24. The winner was crowned by 2007 Amazing Philippine Beauty queen Rianne Barrameda. 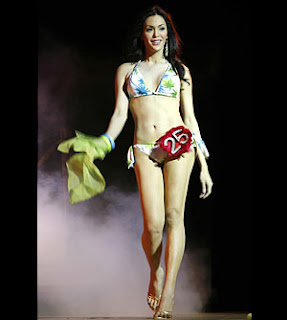 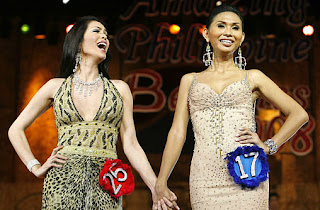 The winner was 27 year old Angelika Santillan, who beat out her 19 year old pageant rival Rosa Garcia for the crown. Garcia was first runner up. 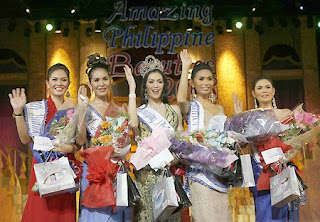 Santillan will represent the Philippines at the 2008 Miss International Queen Pageant in Pattaya once they reschedule it. The pageant was postponed due to recent civil unrest in Thailand.
Posted by Monica Roberts at 11:34 AM