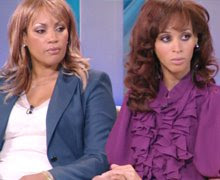 Just finished watching an hour ago the Tyra show featuring our sis Isis on it. She's looking fly and it was interesting hearing her thoughts about ANTM, sharing some of her pics from the old days and getting her mother's take on things.

I can also see where she got those good looks from. She's just like her mom, a beautiful and classy lady as well.

The fun part for me was Isis finally getting the opportunity to confront Clark over her hateful statements. Clark tried to use her 'growing up in the South' and her Southern Baptist religion as excuses for her comments on ANTM.

Naw chick, you just got called out on your BS. Let's roll that beautiful YouTube footage shall we?

Clark, did your narrow young little 'c' 'christian' mind consider that the reason you don't see transgender peeps openly living their lives in your South Carolina town is because some of the denizens of that town openly express the same negative attitudes you obviously felt comfortable enough to utter for posterity? 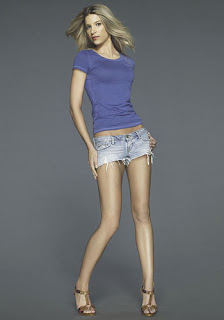 But I do have one question to ask Clark. Why aren't you in the Final Three for ANTM's Cycle 11? Seems like Isis is more of a woman than you are. She has the one thing you seem to lack:

Anyway, back to the show. It was also cool seeing her reaction when Dr. Bowers walked on set as well. I've bumped into Dr. Bowers at SCC and IFGE and she's a class act as well.

So check out the show, and Oxygen usually broadcasts it if you miss the syndicated broadcast of it. You also may wish to head to the Tyra show website and show some love to our girl. The haters are already crawling out of the woodpile.
Posted by Monica Roberts at 11:24 AM

I saw the show and I am so proud of Isis. She is sooooo brave! I think she is a great role model for Transgender youth and I hope she gets her due.

I hope everything is good with you and I hope you have a wonderful holiday season!

I see you couldn't resist putting up a post on November 4 ;)

Happy holidays to you as well.