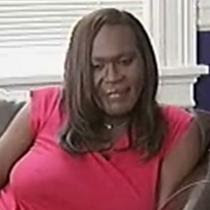 TransGriot Note: Remember Duanna Johnson, whose beat down by Memphis cops was caught on tape a few months ago and led to a lawsuit against the Memphis Po-Po's?

She'd been having a rough time lately in Memphis. Unfortunately she was found dead November 9, and we'll be adding her name to the long list of people we honor when we have the Remembering Our Dead ceremonies in a few weeks.

Here's the commentary from the Tennessee Transgender Political Coalition


TTPC Reacts to Murder of Duanna Johnson in Memphis


It is with great sadness today that we must report the murder of Duanna Johnson in Memphis. Miss Johnson is the transgendered woman whose beating by members of the Memphis Police Department on February 12, 2008, was captured by a surveillance camera.

Memphis Police are asking anyone with information about Duanna Johnson's death to call Crime Stoppers at (901) 528-CASH.

The Tennessee Transgender Political Coalition wishes to extend our condolences to the family and friends of Duanna Johnson.


"We consider this latest crime to be a real tragedy," said Dr. Marisa Richmond, President of TTPC. "We urge any and all individuals with any information about this crime to step forward immediately so that the perpetrators can be brought to justice. It is also time for the State of Tennessee to add 'gender identity or expression' to the Hate Crimes Enhancement Factors in Tennessee Code Annotated 40-35-114 (23), and for the Federal Government to pass the Matthew Shepard Hate Crimes Act," continued Richmond.

This latest tragedy is just one more in a growing number of anti-LGBT hate crimes across Tennessee. It is also the third murder of an African American transwoman in Memphis in less than three years.

The Tennessee Transgender Political Coalition insists that the February 16, 2006, murder of Tiffany Berry in Memphis be prosecuted aggressively and that the courts reject the anticipated 'trans panic' defense.

We also urge the Memphis Police Department to step up its investigation of the July 1, 2008, murder of Ebony Whitaker.

In other parts of Tennessee, we insist that local authorities aggressively investigate and prosecute additional hate crimes including the murder of Nakia Baker in Nashville on January 7, 2007, the ongoing harassment of a gay man at his home in McMinnville, and the tragic shooting in the Tennessee Valley Unitarian Universalist Church in Knoxville, and other crimes motivated by hate based on a person's sexual orientation, gender identity or expression. All of these events show that there needs to be increased education across Tennessee about the LGBT community, and a more serious look at hate crimes covering both sexual orientation and gender identity or expression.

The Tennessee Transgender Political Coalition (TTPC) is an organization designed to educate and advocate on behalf of transgender related legislation at the Federal, State and local levels. TTPC is dedicated to raising public awareness and building alliances with other organizations concerned with equal rights legislation.

For more information, or to make a donation, contact:

This is just just heartbreaking. :(

My thoughts are with you and I send my condolences to the Tennessee TG community. I was raised in E. TN, but I now live in the DC area where I've been for 27 years. I am a Unitarian Universalist, and my church is welcoming to LGBTs. I was/am heartbroken by the shootings at TVUUC, the harrassment of the gay man in McMinnville and the murders of trans people in Memphis.

There are glimmers of hope. The Knoxville religious community came together in solidarity to support TVUUC, which is remarkable considering that when windows were shot out there while an LGBT youth meeting was going on back in the 1980s, no area churches expressed support or even concern.

Evenso, it's clearly very difficult to be any kind of queer in Tennessee. I despaired that it would ever be any different until the reaction of the Knoxville churchs to the TVUUC shootings. Today I am more hopeful.

With Marisa and others leading the way, they will overcome the ignorance.

I am saddened to learn that even after dealing with such a terrible assault that her life was so hard. It bothers me even more to learn of her death. I remember when I first heard about Duanna, while I was enraged by her treatment I could not help but say damn right when I heard that she was fighting back. Many would have taken that beating and silently disappeared. This has truly come to a tragic end and I do not trust that trans hating police department to find her killers.

Thank you for keeping everyone informed about this. It is horrific and tragic that Duanna was killed, but we won't let her be forgotten.

I read the story the other day. I was quite saddened for her and her family. We have to stay vigilent. I will post her name at the TDOR here next week.

I am a local radio talk show host in memphis who has been following this case. I received a call early Monday morning on my cell about 5;45 I didn’t answer the phone but a message was left where a person was whispering stating that Duanna Johnson was dead and that Memphis police were going to state that 3 black men shot her.

What I find strange is that the person knew the ID before Duanna’s name was released. It is my belief that Duanna was the victim of a hit by police. The are that Duanna was killed was on the street where she lived where she would not have been working since all in the area knew what her real gender happen to be.

something is wrong with this case which homicide is not working hard to solve.

After January 20 we may be able to get the feds to look at this case.